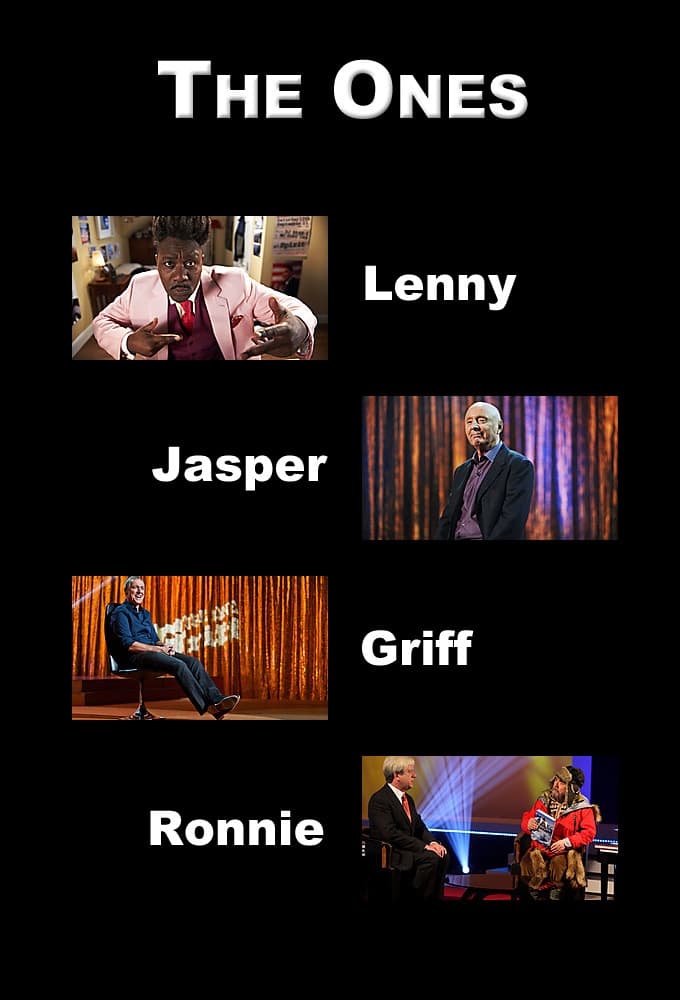 One of Britain's most enduring and best-loved comics, Ronnie Corbett, turned 80 in December 2010. In this brand new comedy sketch show, the octogenarian comic legend appears alongside some of the biggest names in British comedy, in sketches featuring everything from a superannuated super-hero to a stage-struck dog. Add in a sprinkling of one-liners and a brand new Ronnie monologue in the famous chair for the must-see comedy of the festive season.

The One... is a comedy sketch television series starring Ronnie Corbett, of The Two Ronnies, Lenny Henry of The Lenny Henry Show, Jasper Carrott, comedian and former presenter of ITV game show Golden Balls and Welsh comedian and actor Griff Rhys Jones, also presenter of ITV clip series It'll Be Alright on the Night. It was devised by Matt Lucas, David Walliams and Geoff Posner for Little Britain Productions. Walliams departed the project by the time of the full series.

The show debuted in 2010 with Corbett, to celebrate his 80th birthday. In 2011, it was confirmed that more new episodes were to be produced for broadcast in early 2012.

A full series, containing three episodes, was broadcast from 6 January 2012 to 16 January 2012. Extended 40-minute versions of the episodes were also broadcast after the original 30-minute edit was shown.