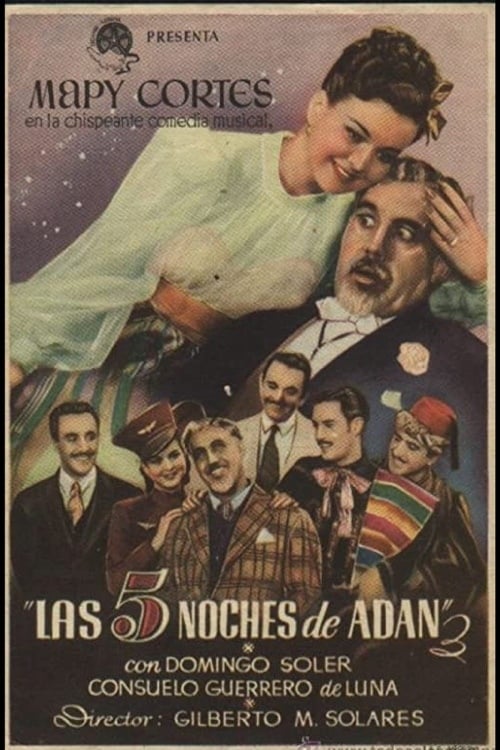 Globe-hopping playboy bachelor is getting on in years, so he invites his five international children to come live with him.

Las cinco noches de Adán (English: Adams five nights) is a 1942 Mexican film directed by Gilberto Martínez Solares. He also wrote the screenplay together with Fernando Cortés and Eduardo Ugarte. The film tells a bewildered love story. Adán organizes a meeting with his five illegitimate children, whom he has conceived with five different women. His Puerto Rican daughter Soledad does not appear, but instead sends Lola in her place. She falls in love with Chucho, who, however, assumes that it is his sister. When the fraud comes up, Chucho and his three half brothers, all of whom have a different nationality, strive for Lola's favor. The latter ultimately opts for Chucho. At the end of the film, the three other brothers form couples with the daughters of Getrudis, who will marry Adán.The film Las cinco noches de Adán was produced by the company Producciónes Grovas. He had his premiere in Mexico on the 18th anniversary of his death. ==References==