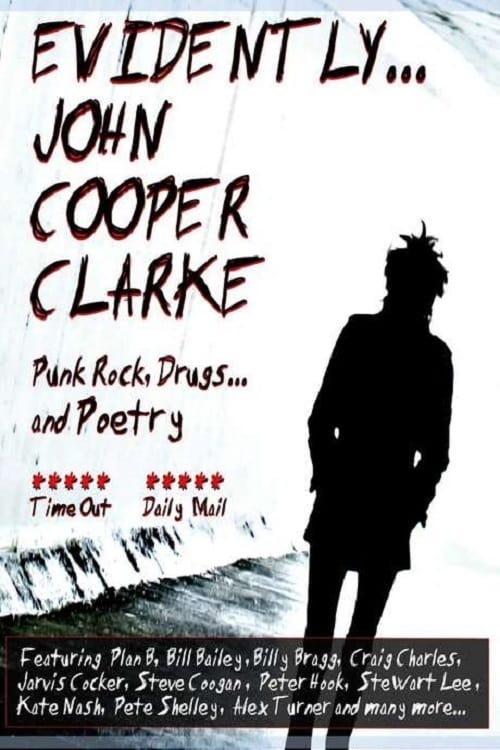 A look at the life of John Cooper Clarke. From his rise as a 'punk poet', through his heroin addiction, and finally to his comeback.

Himself (as Plan B)

Evidently... John Cooper Clarke is a 2012 television documentary about the life of the Salford performance poet John Cooper Clarke. It was directed by John Ross and produced by Scotty Clark and was first aired on BBC Four in May 2012 as part of BBC Four and BBC 6 Music's "Punk Britannia" season. It features testimonies from Bill Bailey, Pete Shelley, Paul Farley, Steve Coogan, Mark Radcliffe, Craig Charles, Plan B, Kate Nash, Alex Turner, Miranda Sawyer and Paul Morley; and poems by Clarke including "Things Are Gonna Get Worse", "Evidently Chickentown", "Twat" and "Beasley Street".