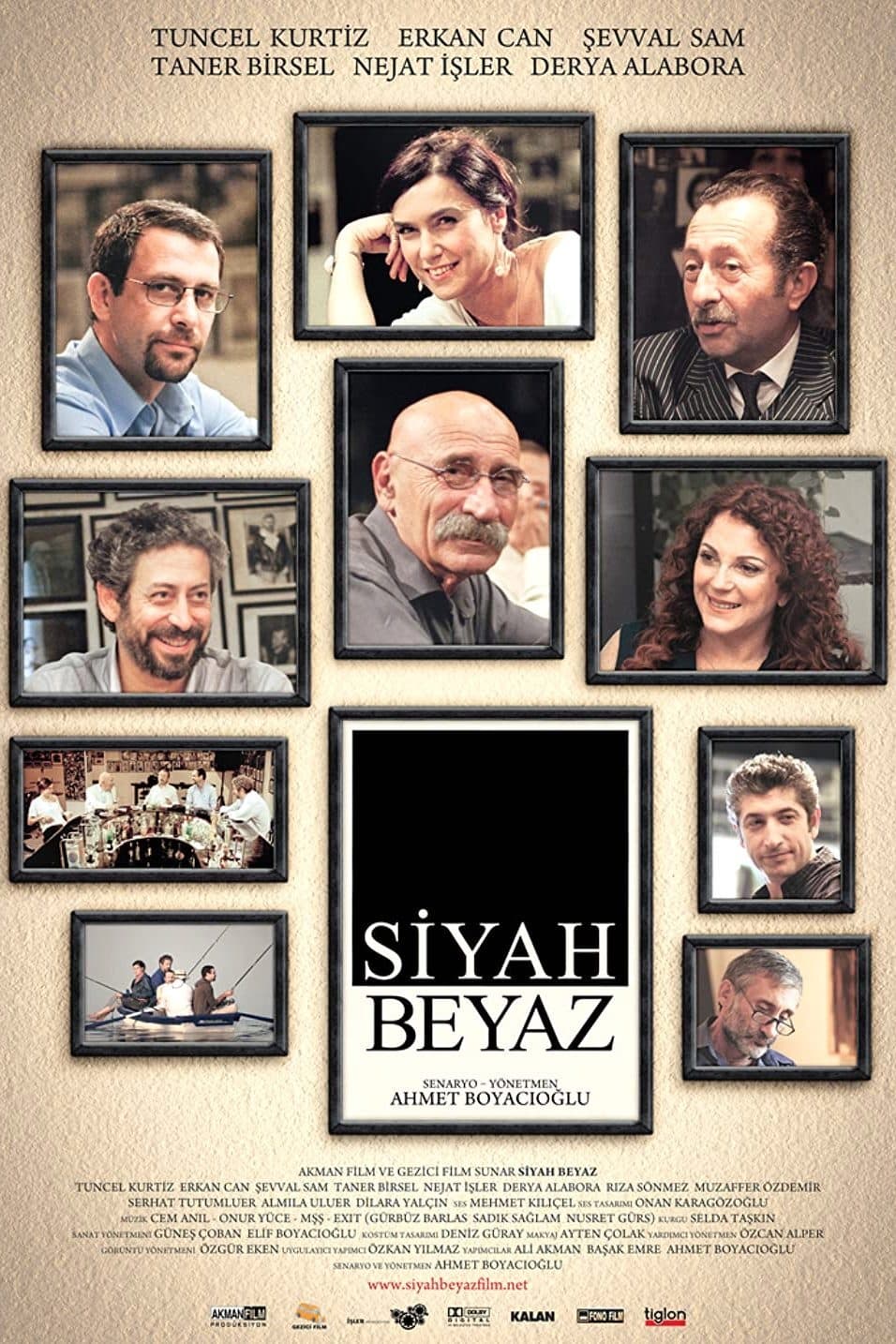 A painter with a turbulent history, fiercely committed to his ideals and still averse to settling down despite his 70 years; a lawyer who packed in his job after suffering a heart attack and now pursues a quiet life looking after his pet snail; a doctor already disenchanted with his profession and now discarded by his wife; a career woman braving life on her own, who has made loneliness a life style. These characters are all patrons of Black & White, an Ankara bar that has been around for 25 years, and in a sense the bar is their last haven. The owner, meanwhile, is the irritable, easily offended but utterly lovable Faruk... Black & White is a film about the awareness of growing old, friendship, sensitivity and the finer details of life.

Black and White (Turkish: Siyah Beyaz) is a 2010 Turkish drama film directed by Ahmet Boyacıoğlu which tells the stories of a group of regulars at a famous bar in Ankara, and was described by the director as being a film "about loneliness, growing old, friendship, solidarity, and that special bond you feel for Ankara." The film, which takes its name from the Siyah Beyaz Bar and Art Gallery where it is set, is according to Today's Zaman reviewer Emine Yıldırım "an adamant ode to this bar", which "has been a landmark of high-end art and upper-crust intellectualism for longer than 20 years...and on a larger scale, the city it represents through its group of characters." It went on general release across Turkey on April 23, 2010 (2010-04-23) and was selected for the 47th Antalya "Golden Orange" International Film Festival and the 59th Mannheim-Heidelberg Film Festival.