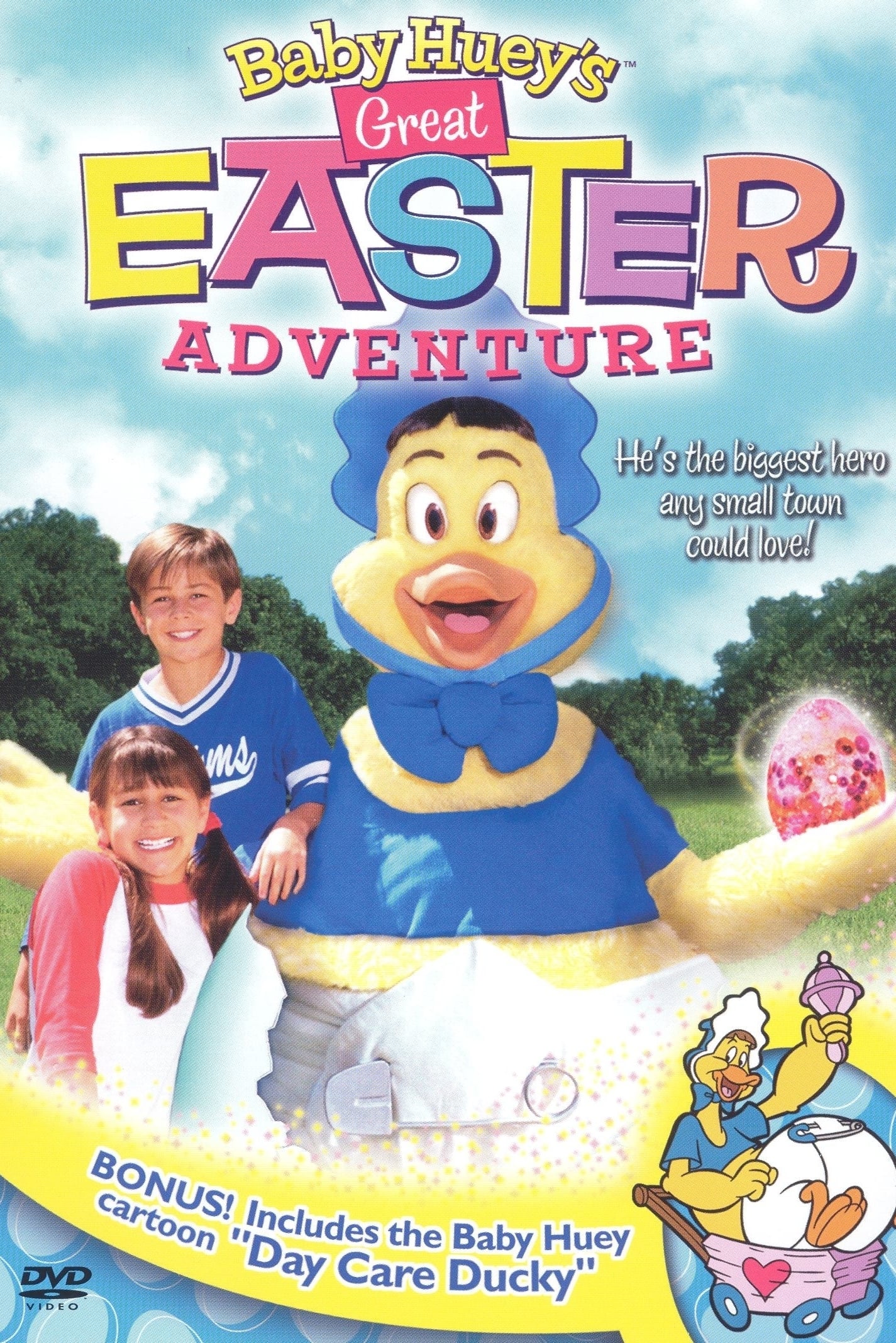 In this live-action musical comedy, Baby Huey, the lovable seven foot tall duckling, is taken in by a caring little boy named Nick and his kind but surprised family. A sinister scientist and a mean Las Vegas producer want Baby Huey for themselves, but they don't know what a little boy, a caring community, and a baby bird that's bigger than all of them is capable of.

Baby Huey's Great Easter Adventure is a 1999 live-action direct-to-video film directed by Stephen Furst, based on the Harvey Entertainment Company animated character Baby Huey. It was released by Columbia TriStar Home Video on VHS on March 2, 1999, and on DVD on February 15, 2005, by Classic Media.

A majority of the film's cast and crew were National Lampoon veterans.