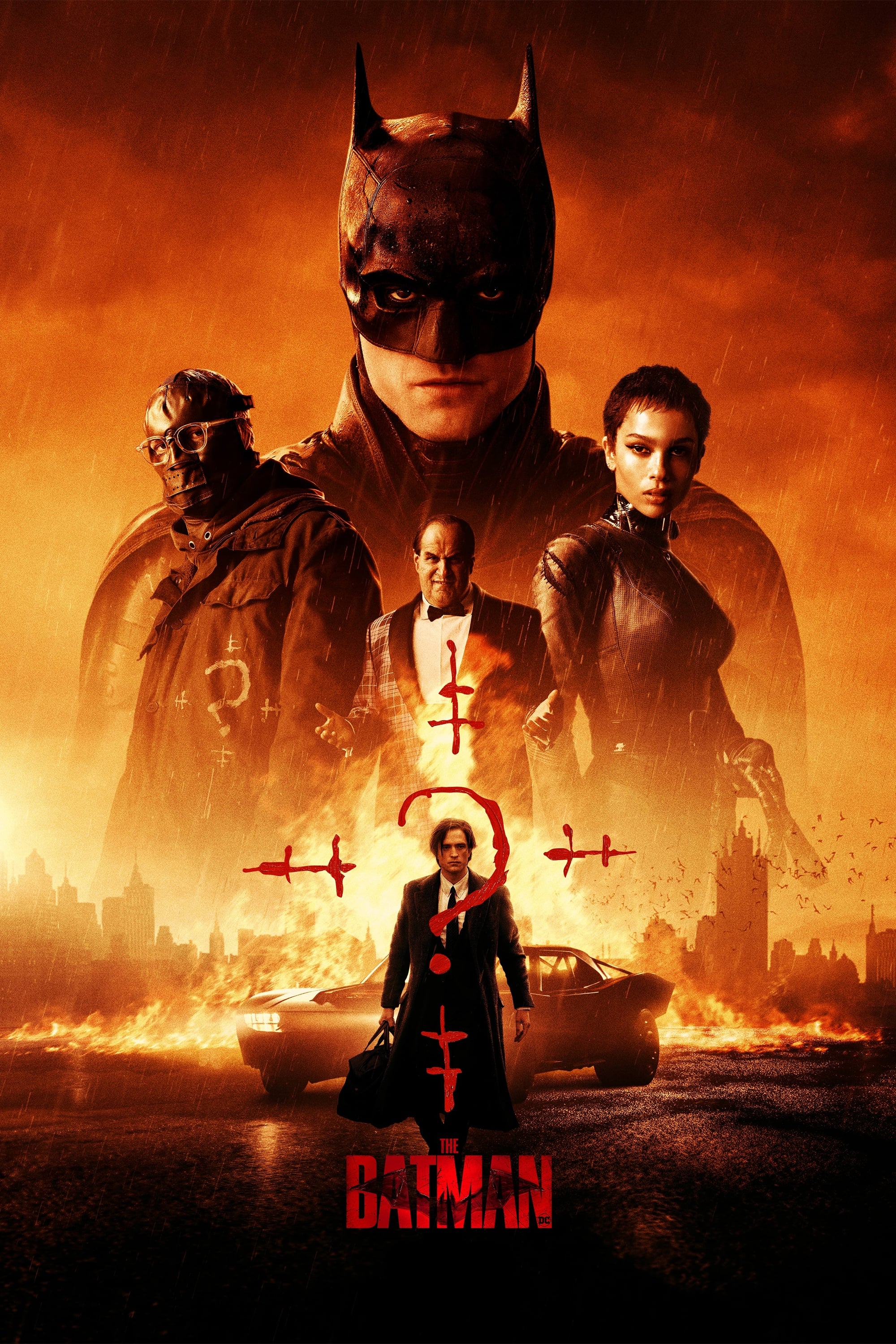 In his second year of fighting crime, Batman uncovers corruption in Gotham City that connects to his own family while facing a serial killer known as the Riddler.

The Batman is a 2022 American superhero film based on the DC Comics character Batman. Produced by DC Films, 6th & Idaho, and Dylan Clark Productions, and distributed by Warner Bros. Pictures, it is a reboot of the Batman film franchise. The film was directed by Matt Reeves, who wrote the screenplay with Peter Craig. It stars Robert Pattinson as Bruce Wayne / Batman alongside Zoë Kravitz, Paul Dano, Jeffrey Wright, John Turturro, Peter Sarsgaard, Andy Serkis, and Colin Farrell. The film sees Batman, who has been fighting crime in Gotham City for two years, uncover corruption while pursuing the Riddler (Dano), a serial killer who targets Gotham's elite.

Development began after Ben Affleck was cast as Batman in the DC Extended Universe (DCEU) in 2013. Affleck signed on to direct, produce, co-write, and star in The Batman, but had reservations about the project and dropped out. Reeves took over and reworked the story, removing the DCEU connections. He sought to explore Batman's detective side more than previous films, drawing inspiration from the films of Alfred Hitchcock and the New Hollywood era, and comics such as Year One (1987), The Long Halloween (1996–97), and Ego (2000). Pattinson was cast in May 2019, with further casting in late 2019. Filming began in the United Kingdom in January 2020, but was halted in March by the COVID-19 pandemic. It resumed later in the year and concluded in Chicago in March 2021.

After the COVID-19 pandemic caused two delays to its original June 2021 release date, The Batman premiered at the Lincoln Center in Manhattan on March 1, 2022, and was theatrically released worldwide on March 4. The film was a commercial success, and grossed over $770 million against a $185–200 million budget, making it the seventh-highest-grossing film of 2022. It received positive reviews from critics, with praise for the performances, musical score, cinematography, Reeves' direction, editing, visual style, action sequences, and story, although the runtime received some criticism. At the 95th Academy Awards, it received nominations for Best Sound, Best Makeup and Hairstyling, and Best Visual Effects. The Batman is intended to launch a Batman shared universe, with two sequels planned and two spin-off television series in development for HBO Max.