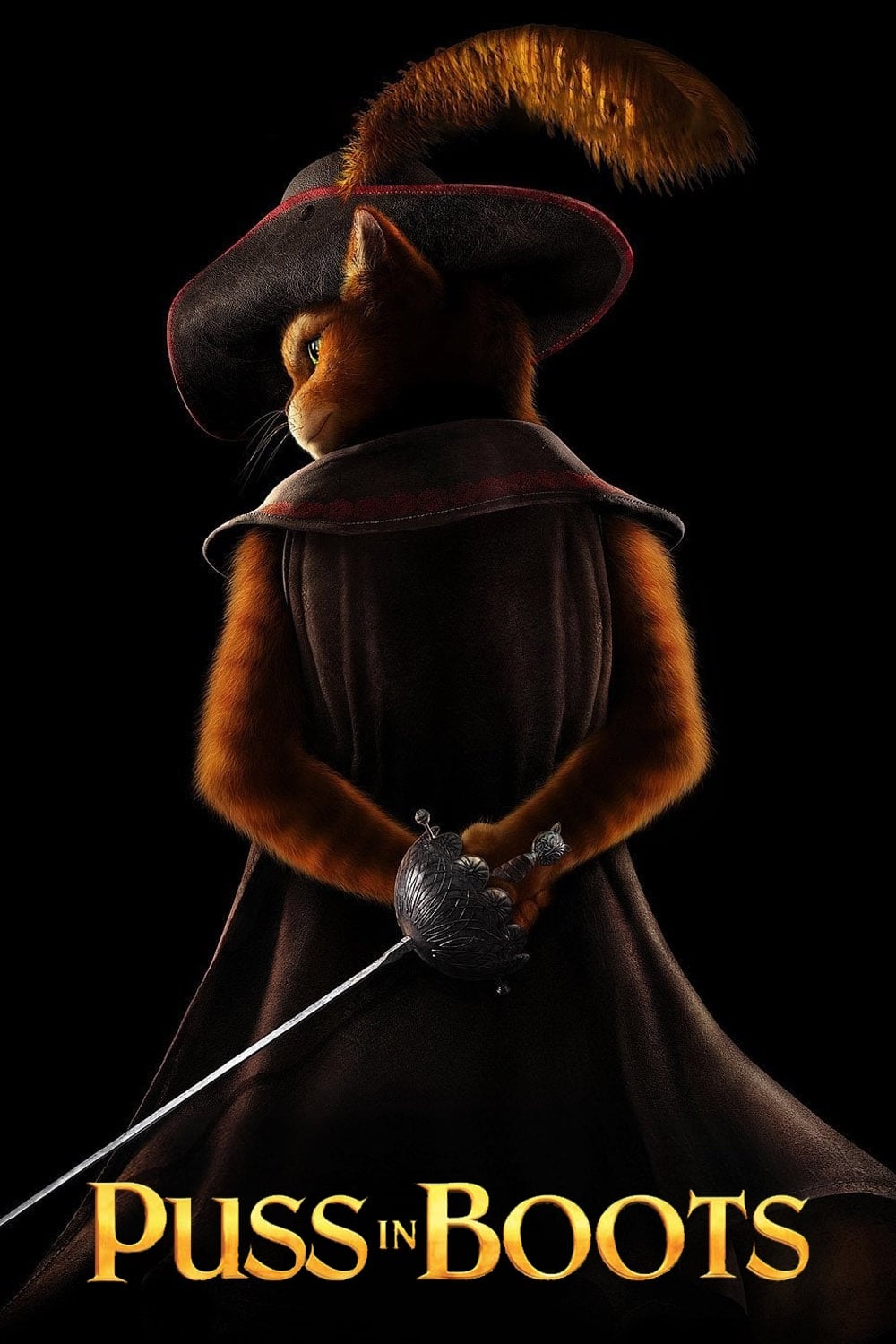 Long before he even met Shrek, the notorious fighter, lover and outlaw Puss in Boots becomes a hero when he sets off on an adventure with the tough and street smart Kitty Softpaws and the mastermind Humpty Dumpty to save his town. This is the true story of The Cat, The Myth, The Legend... The Boots.

Puss in Boots is a 2011 American computer-animated adventure comedy film produced by DreamWorks Animation and distributed by Paramount Pictures. It is a spin-off of the Shrek film series and its fifth installment, rather than an adaptation of the fairytale "Puss in Boots". The film was directed by Chris Miller with a screenplay by Tom Wheeler from a story by Brian Lynch, Will Davies, and Wheeler, based on the character from Shrek 2 (2004) and inspired from the fairy tale by Giovanni Francesco Straparola. It stars Antonio Banderas (reprising his voice role as Puss in Boots), alongside Salma Hayek, Zach Galifianakis, Billy Bob Thornton, and Amy Sedaris. The film follows the origin story of Puss in Boots (Banderas) on his adventures years before the events of Shrek 2. Accompanied by his friends, Humpty Dumpty (Galifianakis) and Kitty Softpaws (Hayek), Puss is pitted against Jack and Jill (Thornton and Sedaris), two murderous outlaws, for ownership of three legendary magical beans that lead to a great fortune of Golden Eggs from the Great Terror, a gigantic Goose.

Development began following the release of Shrek 2 in 2004. Originally titled Puss in Boots: The Story of an Ogre Killer, it was announced as a direct-to-video film to be released in 2008. In October 2006, the film was re-slated as a theatrical release due to market conditions and DreamWorks Animation's realization that the Puss character deserved more, with Shrek the Third (2007) director Miller joining the project as the director. Guillermo del Toro signed as an executive producer in September 2010. This was the first film from DreamWorks Animation to be partly made in India with a Bangalore studio owned by Technicolor, which had mainly worked on TV specials and DVD bonus material, spending six months animating three major scenes in the film.

Puss in Boots had its world premiere on October 16, 2011, aboard the Royal Caribbean International's cruise ship Allure of the Seas, docked in Fort Lauderdale, Florida at the time, and was released in theaters on October 28, 2011 in 2D, Digital 3D and IMAX 3D formats. Puss in Boots received positive reviews from critics and was a box office success, grossing $555 million on a production budget of $130 million. At the 84th Academy Awards, the film was nominated for Best Animated Feature.

A television series spin-off from the film titled The Adventures of Puss in Boots premiered on Netflix in January 2015 and concluded in January 2018 after six seasons. A sequel, set after the Shrek films and titled Puss in Boots: The Last Wish, was released on December 21, 2022.

Cloudy with a Chance of Meatballs (2009)

Alvin and the Chipmunks: Chipwrecked (2011)