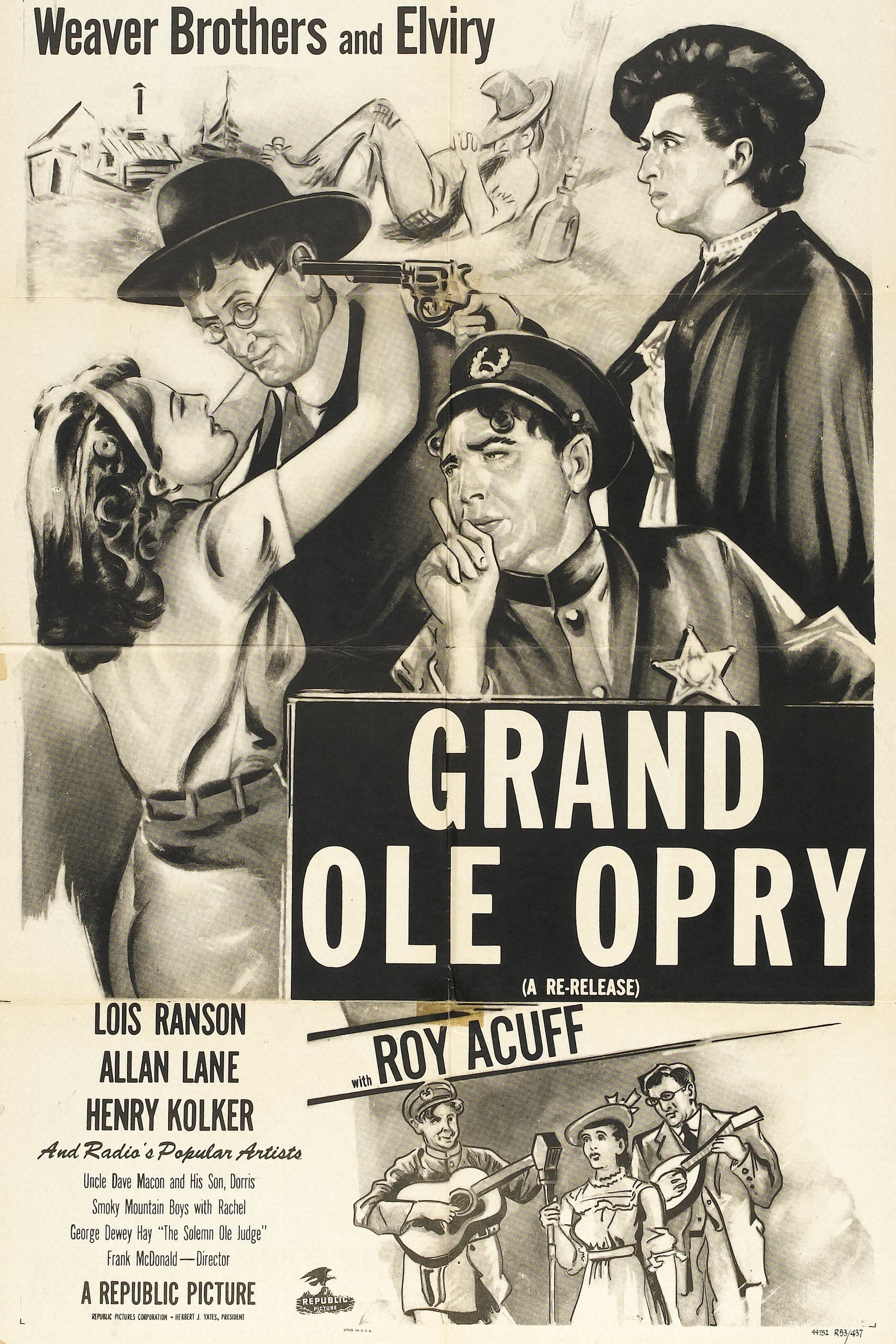 Aided by musicians at the Grand Ole Opry, a small-town mayor in the Ozarks takes on a group of crooked politicians.

Grand Ole Opry is a 1940 American comedy film directed by Frank McDonald and written by Dorrell McGowan and Stuart E. McGowan. The film stars the vaudeville comedy troupe the Weaver Brothers and Elviry, with Lois Ranson, Allan Lane and Henry Kolker. The film was released on June 25, 1940, by Republic Pictures.The story embraces neither the Grand Ole Opry building nor is it mentioned in the film: the only connection is a number of Grand Ole Opry regulars appearing in the film.