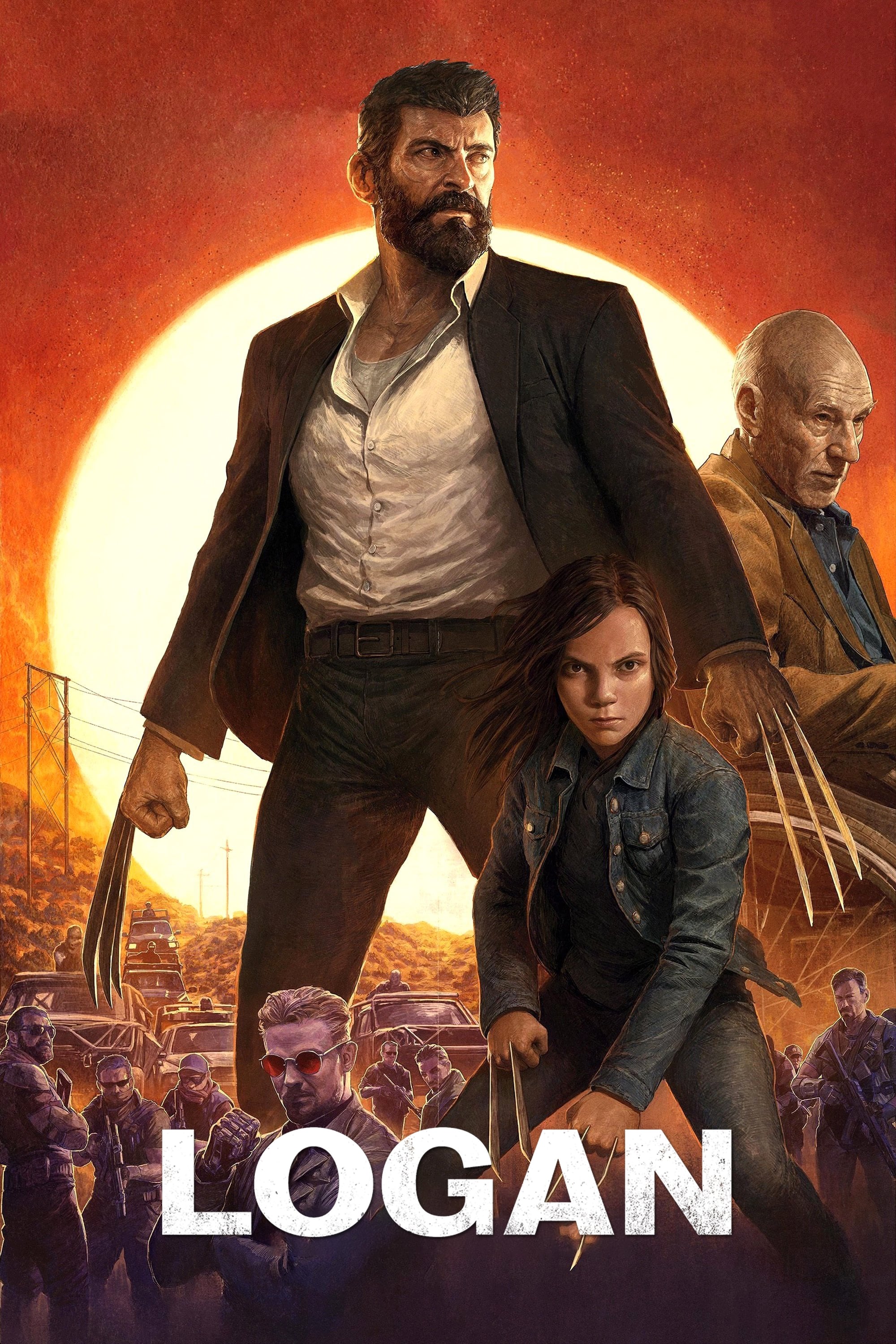 In the near future, a weary Logan cares for an ailing Professor X in a hideout on the Mexican border. But Logan's attempts to hide from the world and his legacy are upended when a young mutant arrives, pursued by dark forces.

Logan is a 2017 American superhero film starring Hugh Jackman as the titular character. It is the tenth film in the X-Men film series and the third and final installment in the Wolverine trilogy following X-Men Origins: Wolverine (2009) and The Wolverine (2013). The film, which takes inspiration from the "Old Man Logan" comics storyline by Mark Millar and Steve McNiven, follows an aged Wolverine and an extremely ill Charles Xavier who defends a young mutant named Laura from the villainous Reavers led by Donald Pierce and Zander Rice. The film is produced by 20th Century Fox, Marvel Entertainment, TSG Entertainment and The Donners' Company, and distributed by 20th Century Fox. It is directed by James Mangold, who co-wrote the screenplay with Michael Green and Scott Frank, from a story by Mangold. In addition to Jackman, the film also stars Patrick Stewart, Richard E. Grant, Boyd Holbrook, Stephen Merchant, and Dafne Keen.Principal photography began in Louisiana on May 2, 2016, and wrapped on August 13, 2016, in New Mexico. The locations used for Logan were mainly in Louisiana, New Mexico, and Mississippi.Logan premiered at the 67th Berlin International Film Festival on February 17, 2017, and was theatrically released in the United States on March 3, 2017, in IMAX and standard formats. The film received critical acclaim, with strong praise for its emotional depth, screenplay, uncompromising tone, thematic profundity, and the performances of Jackman, Keen and Stewart. It became the best-reviewed film in the X-Men franchise, with many critics calling it one of the greatest superhero films ever made, and it was selected by the National Board of Review as one of the top ten films of 2017. It was nominated for Best Adapted Screenplay at the 90th Academy Awards, becoming the first live-action superhero film to be nominated for screenwriting. It grossed $619.2 million worldwide and became the third-highest-grossing R-rated film at the time of its release.

Fantastic Beasts and Where to Find Them (2016)