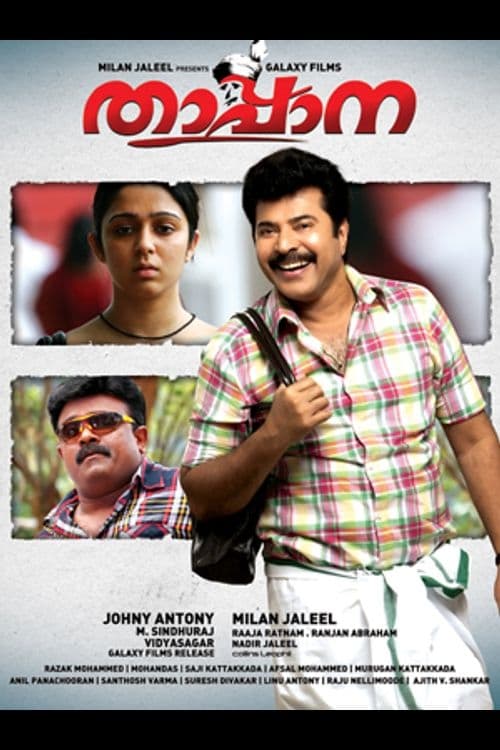 The film is about two convicts, Samson (Mammootty) and Mallika (Charmy), who are released from jail on the same day and their travel together to unknown destinations.

Thappana is a 2012 Indian Malayalam-language action comedy film based on the work of Bengali novelist Ashapurna Debi and directed by Johny Antony. The film stars Mammootty in lead role. The film was released on 19 August 2012.

It tells the story of two convicts, the petty thief Samson (Mammootty) and the young girl Mallika (Charmy Kaur), who are released from prison on the same day. Samson accompanies the depressed girl on her journey back home in Karippa and finds out the cause of the murder attempt on Mallika's husband.