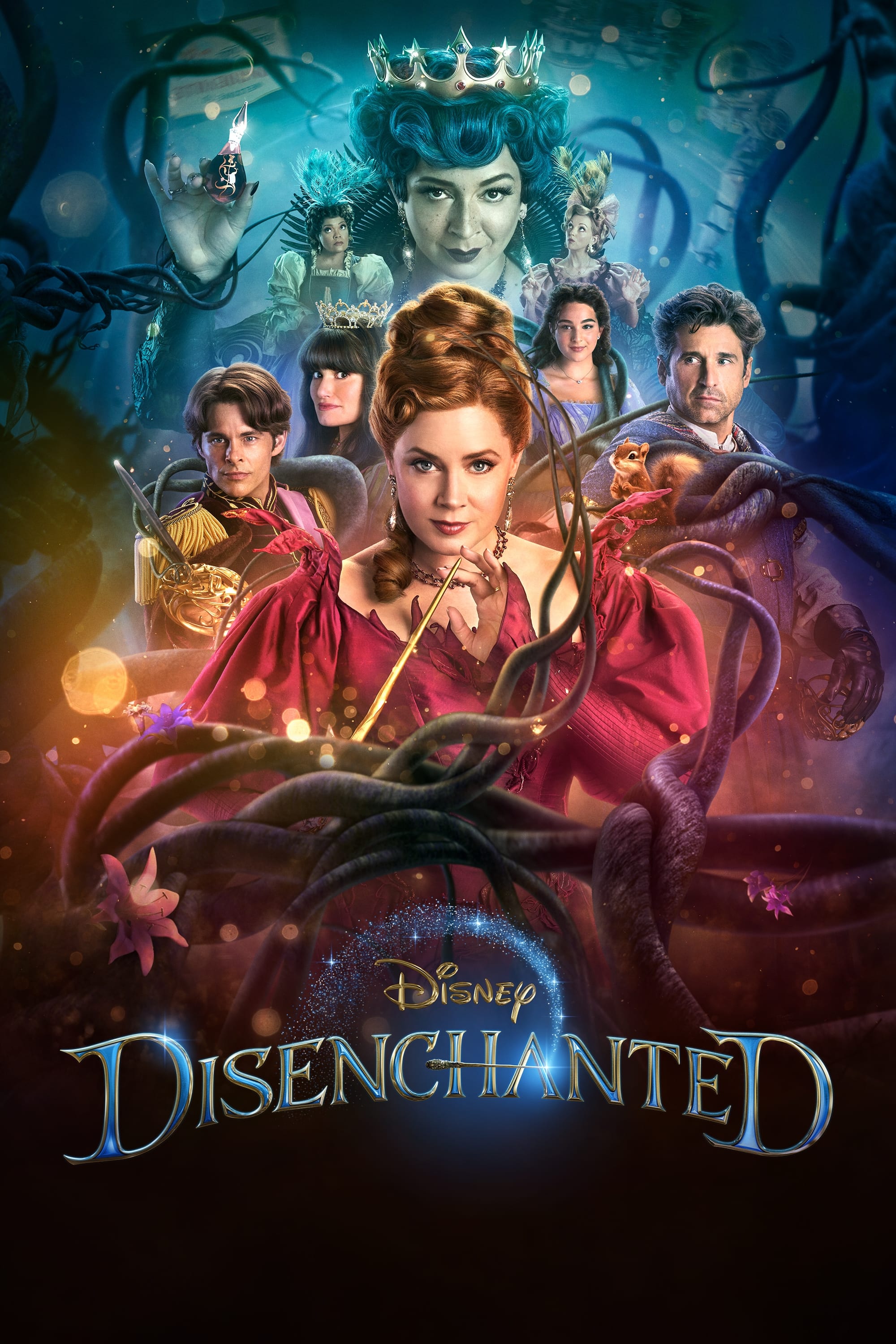 Ten years after her happily ever after, Giselle questions her happiness, inadvertently turning the lives of those in the real world and Andalasia upside down in the process.

Currently Disenchanted full movie is available for streaming online, rent, buy or watch for free on: Disney Plus

Disenchanted is a 2022 American musical fantasy comedy live-action animated film directed by Adam Shankman and written by Brigitte Hales, based on a story by Richard LaGravenese and the writing team of J. David Stem and David N. Weiss. Co-produced by Walt Disney Pictures, Josephson Entertainment, and Right Coast Productions, it is the sequel to the 2007 film Enchanted.

Amy Adams, Patrick Dempsey, James Marsden, and Idina Menzel reprise their roles from the first film, with Gabriella Baldacchino replacing Rachel Covey (who makes a cameo as a different character). They are joined by newcomers Maya Rudolph, Yvette Nicole Brown, Jayma Mays, Kolton Stewart, Oscar Nunez, and Griffin Newman. Alan Menken and Stephen Schwartz returned as the film's songwriters, while Menken also composed the score, and Adams serves as a producer of the film alongside Barry Josephson and Barry Sonnenfeld.

Talks of an Enchanted sequel began in early 2010, but the project languished in development hell for several years. By 2017, it was announced Adams had signed on to reprise her role and filming was set to begin that summer, but it never came to fruition. The film was officially announced in December 2020, with the cast joining in spring 2021 and filming taking place in Ireland between May and July that year.

Disenchanted premiered at the El Capitan Theatre in Los Angeles on November 16, 2022, and was released in the United States via Disney+ on November 18, 2022. Unlike the last film, the film received mixed reviews from critics, who mostly praised the performance of Adams.