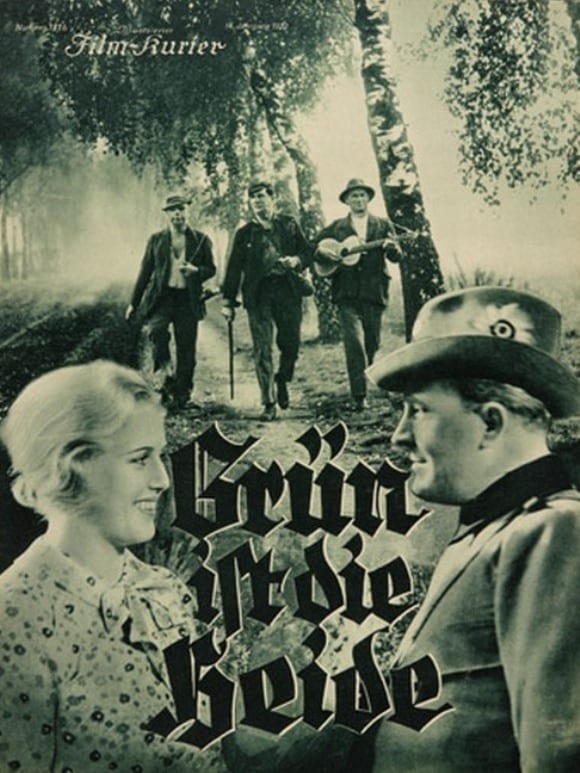 Walter, a young forester, tries to make a wild thief in his forest, the Lüneburg Heath. During his chase he gets to the house of the landowner Lüdersen and he gets to know Grete, his daughter. Lüdersen surprises the driving dealer woodpecker while poaching and is fatally wounded by this. He dies while he puts Gretes's hand in Walter's.

The Heath Is Green (German: Grün ist die Heide) is a 1932 German musical film directed by Hans Behrendt and starring Camilla Spira, Peter Voß and Theodor Loos. Three men go on holiday to a cabin in the middle of a heath. Soon growing bored they venture out to investigate their surroundings.

It was based on the novel by Hermann Löns which was made into further films in 1951 and in 1972. The film was partly shot on Lüneburg Heath.