Discover
›
Popular Movies
›
Triads, Yardies & Onion Bhajees! Once Upon A Time In Southall (2003)

Triads, Yardies & Onion Bhajees! Once Upon A Time In Southall 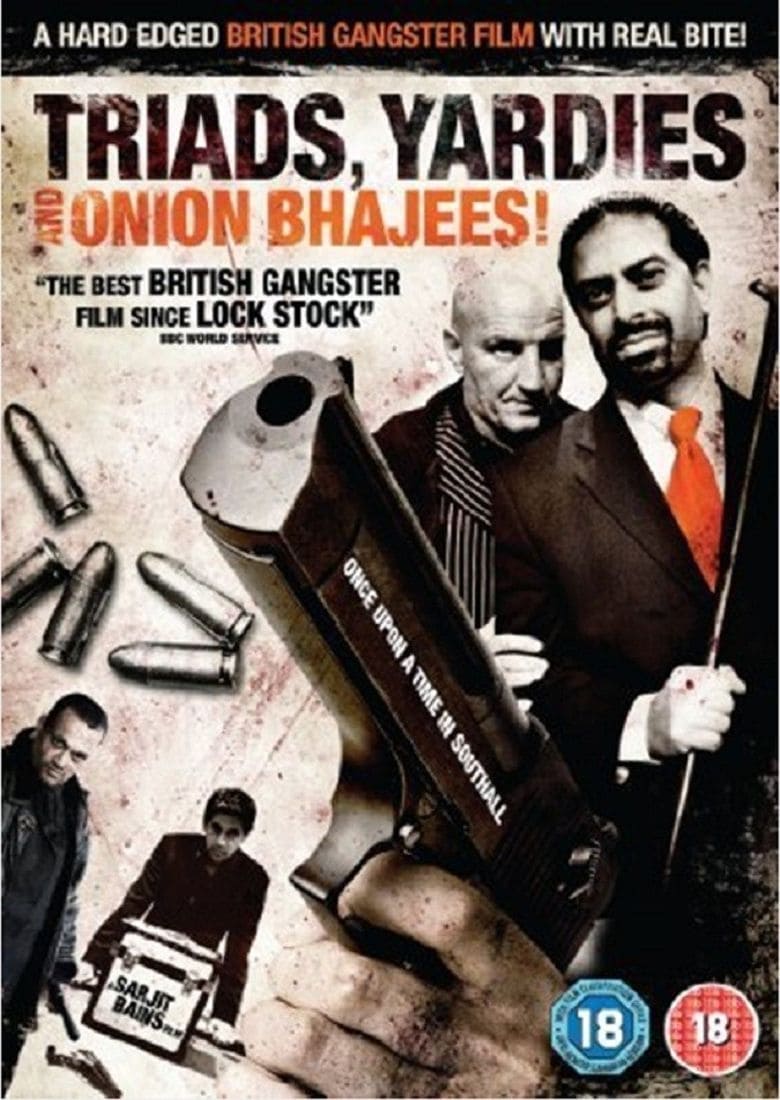 Welcome to London, home of many creeds and cultures. West London is ruled by the Holy Smokes crime syndicate. North London is the territory of the Triads. South London is governed by the Jamaican mafia, the Yardies. East London is home to the original Anglo-Saxon cockney gangsters, The Firm. It's a roller-coaster ride as the crime syndicates battle to see who rules London!

Currently Triads, Yardies & Onion Bhajees! Once Upon A Time In Southall full movie is available for streaming online, rent, buy or watch for free on: Apple iTunes

Triads, Yardies and Onion Bhajees is a 2003 British crime film directed by Sarjit Bains, telling the story of a hitman working in London. The film stars real life ex-gangster and underworld don Dave Courtney. Brainchild of Manish Patel, who plays the role of Singh, the story's protagonist, Triads, Yardies and Onion Bhajees was showcased in a BBC Two documentary on the making of the film.

The film draws upon the imagery of Hindu deity Kali, traditionally invoked to vanquish evil, with the three gangs being likened to modern-day thugees. After its Cannes showcase the film was optioned by 4 Digital Media and went on UK wide release through the independent cinema network.