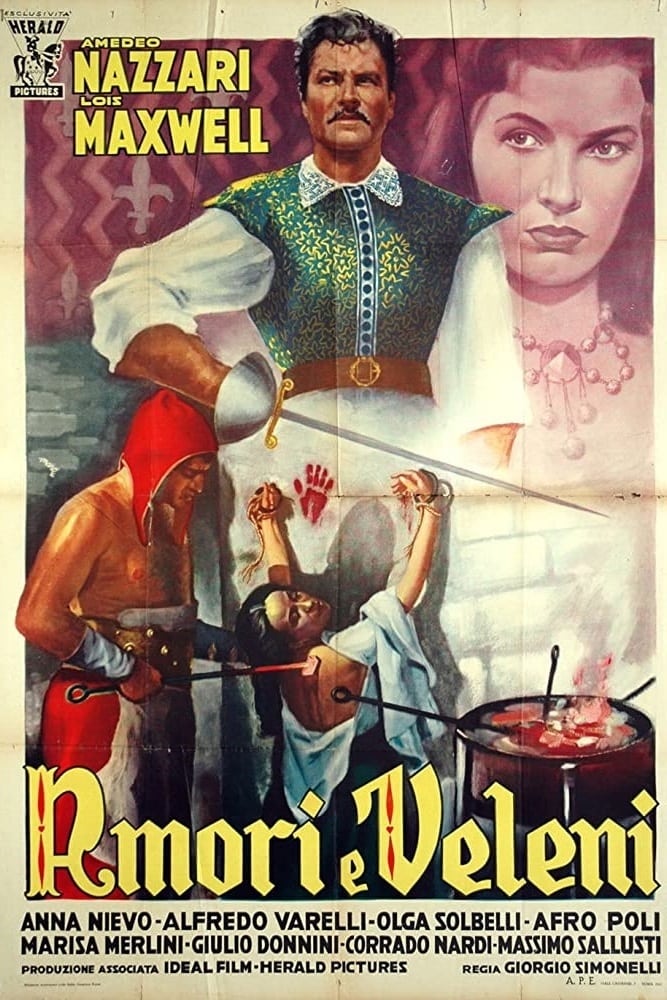 Love and Poison (Italian: Amori e veleni) is a 1950 Italian historical adventure film directed by Giorgio Simonelli and starring Amedeo Nazzari, Lois Maxwell and Marisa Merlini. It was released in America in 1952, and is sometimes dated by that year. The film was shot at the Cinecittà Studios in Rome.

Set in the mid-seventeenth century, it portrays a romance between Queen Christina of Sweden and an Italian during her stay in Rome.