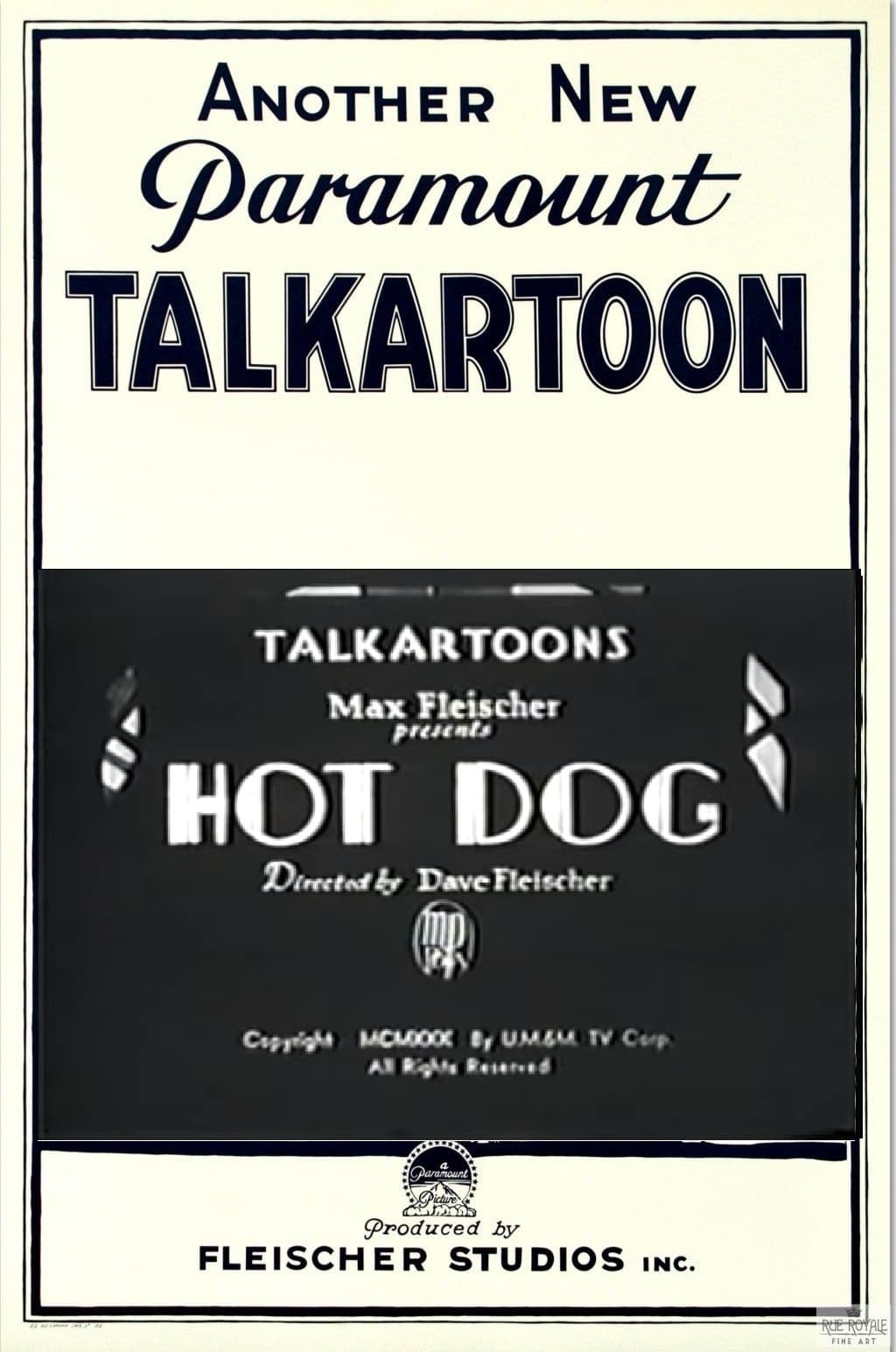 Bimbo is out stalking the ladies in his car when he is arrested by the police. Now he has to explain himself to the judge.

Hot Dog is a 1930 animated short film which is presented by Max Fleischer and was also directed by Dave Fleischer. The film, which was originally released by Paramount Pictures, is the first cartoon to feature Bimbo, as he attempts to gain a lover during the film.The title is meant to show Bimbo's delight when he finds another girl, as 'Hot Dog' is North American exclamation slang for "An expression of delight".Copyrighted on March 29, 1930, and released the same day, the film is part of the Talkartoons cartoon series, which was released by Paramount Pictures.