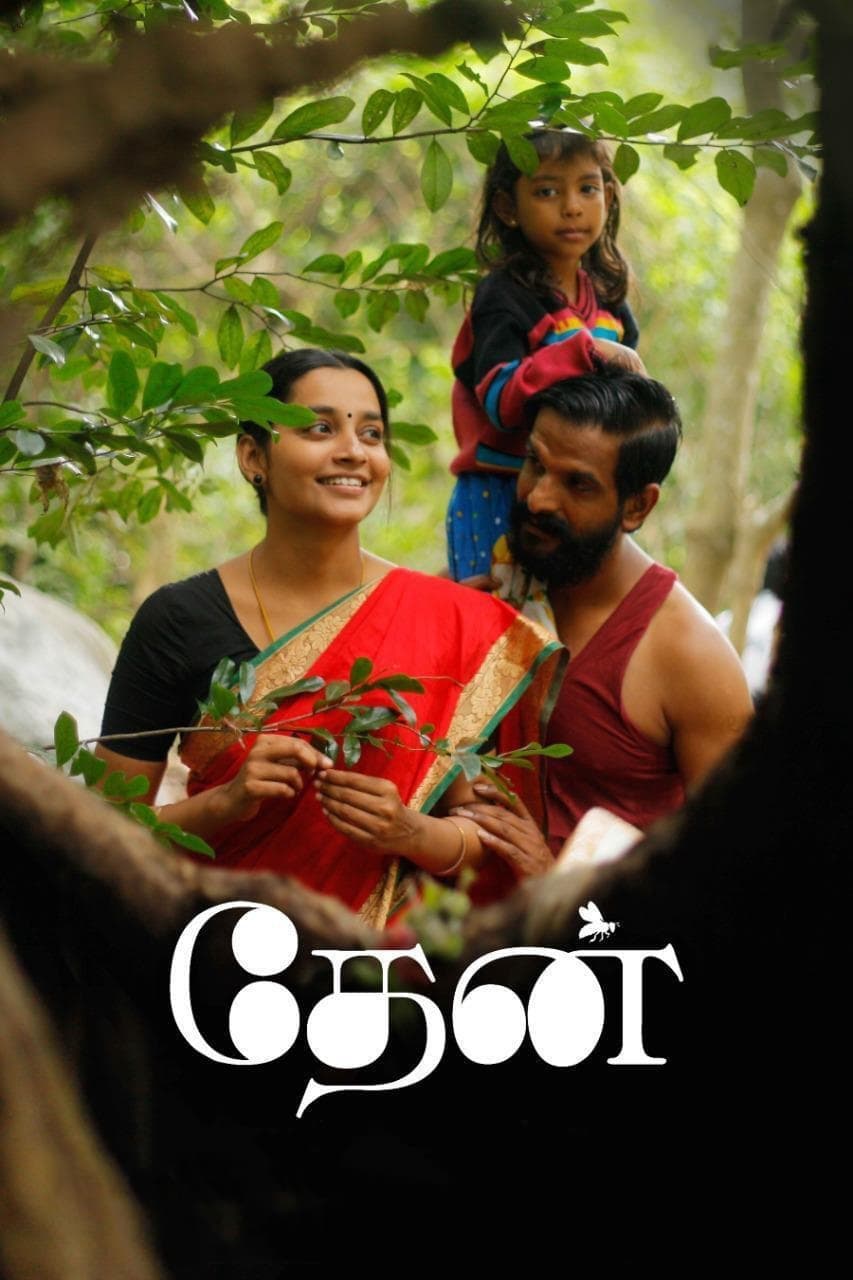 When his wife is diagnosed with a rare disease, a naive and uneducated young man gets the shock of his life. Things are worse for him because he doesn't have documents to prove his identity.

Thaen (transl. Honey) is a 2021 Indian Tamil-language drama film written and directed by Ganesh Vinayakan. Tharun and Abarnathi feature in the lead role, while Aruldoss and Bava Lakshmanan among others play supporting roles.

The film narrates the tale of an uneducated young rural beekeeper facing seemingly unsurmountable challenges when his wife is diagnosed with a rare disease. The film was released on 19 March 2021 and received critical acclaim for its direction, theme and realistic performances by the lead actors .