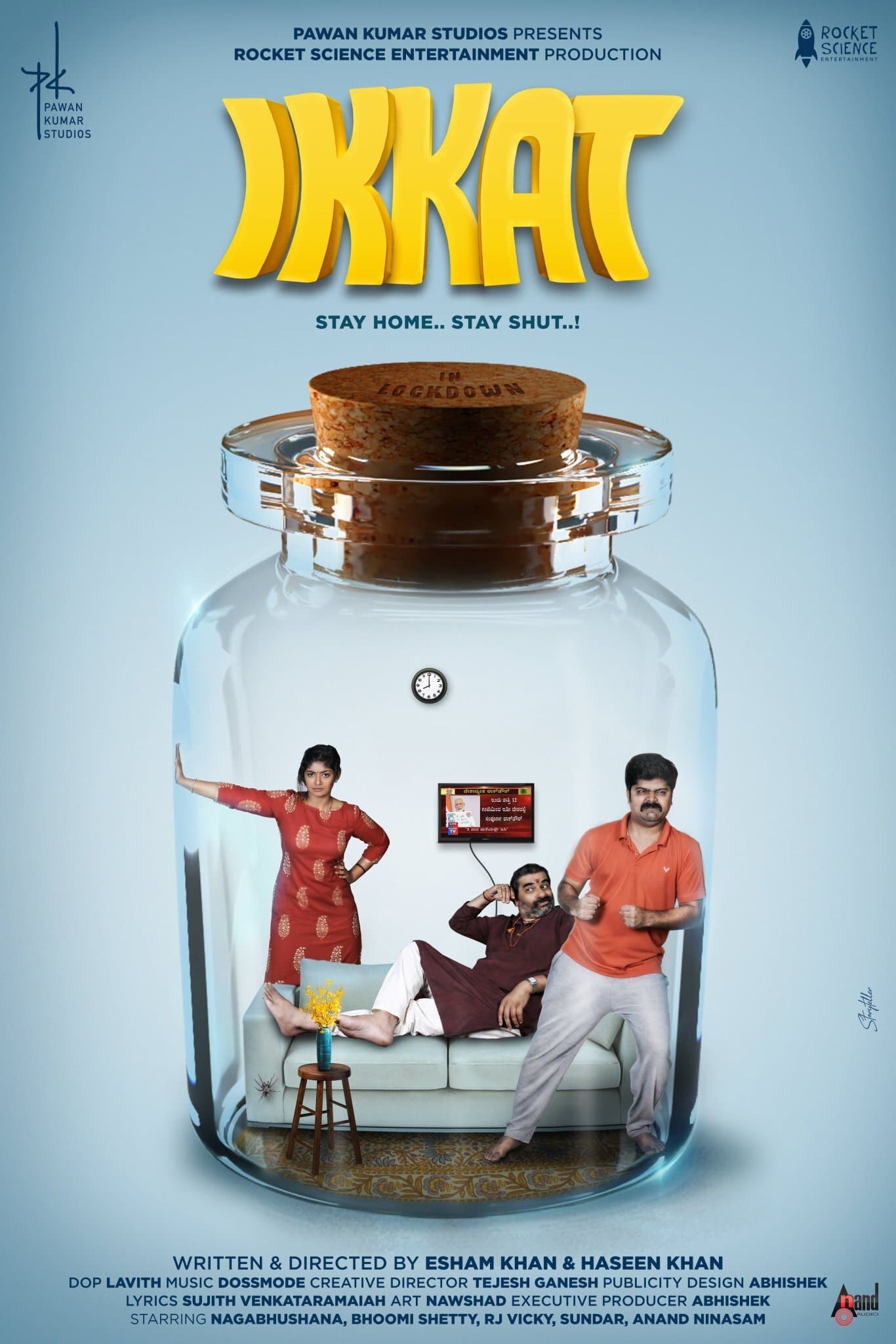 A couple on the verge of divorce have to stay together during lock down as a nasty surprise awaits them.

Ikkat (transl. Congestion, difficult situation) is a 2021 Indian Kannada-language comedy film written, directed and edited by Haseen Khan and Esham Khan. It was produced by Tara and Ayesha Khan on Pavan Kumar Studio. The film stars Nagabhushana and Bhoomi Shetty, her first acting role. The music used in the movie was composed by Dossmode.

The film was released on 21 July 2021 on Amazon Prime Video.