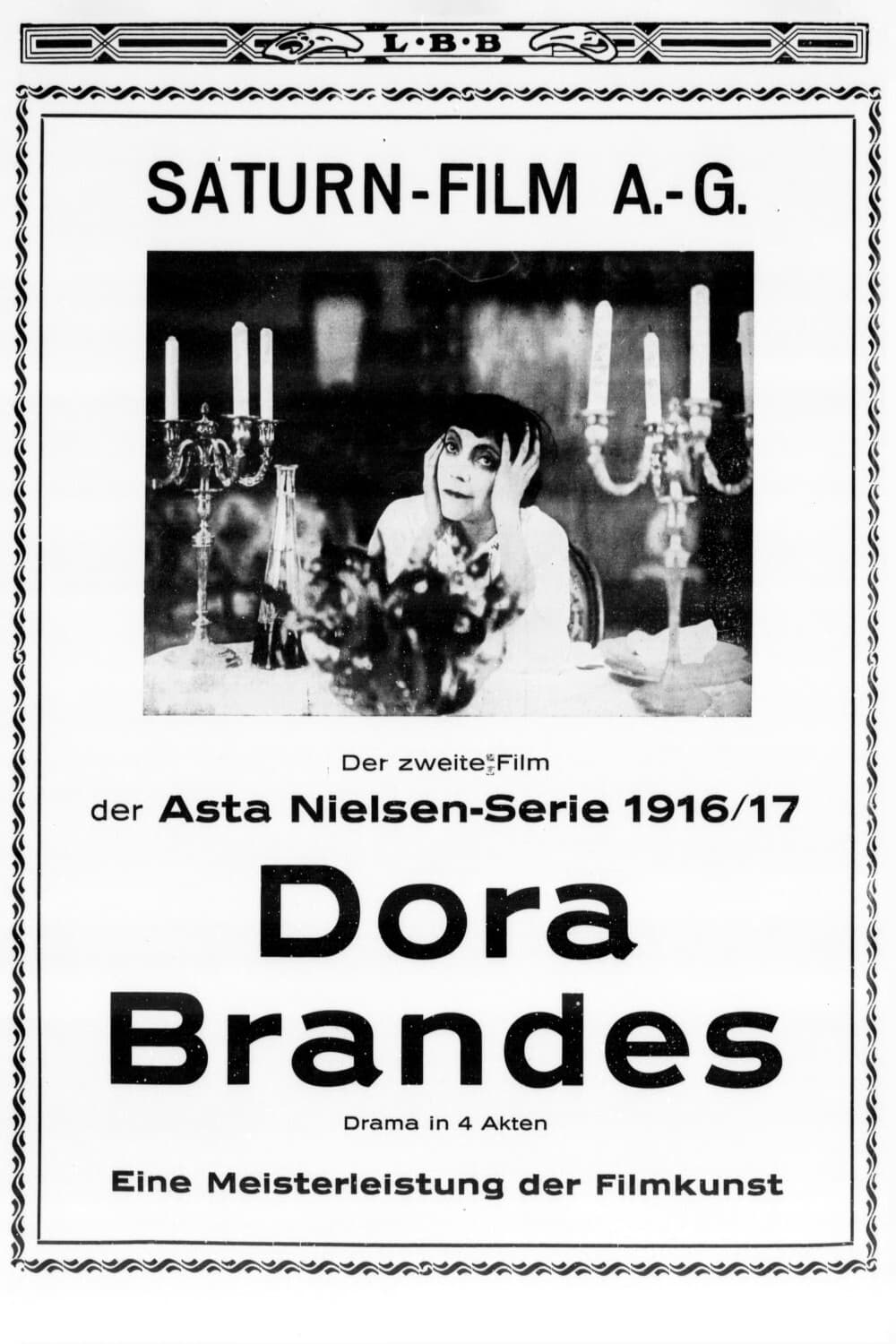 Dora lets down her art by marrying a journalist. She helps him in his political career, but then leaves him and commits suicide.

Dora Brandes is a 1916 German silent film directed by Magnus Stifter, starring Asta Nielsen, with a screenplay by Martin Jørgensen, and Louis Levy. Dora is an actress who is involved with a political man, Gustave, as her lover. With money from Dora's former admirer, she decides to help further Gustave's political career. Once he becomes a parliamentary deputy, he achieves his goals and then leaves Dora. Dora cannot handle the betrayal and begins to drink and starts on a social decline. Years later, Gustave becomes a minister and Dora returns to his life to help him yet again with his career. Gustave does not accept Dora as a lover again due to her ill past causing Dora to commit suicide.