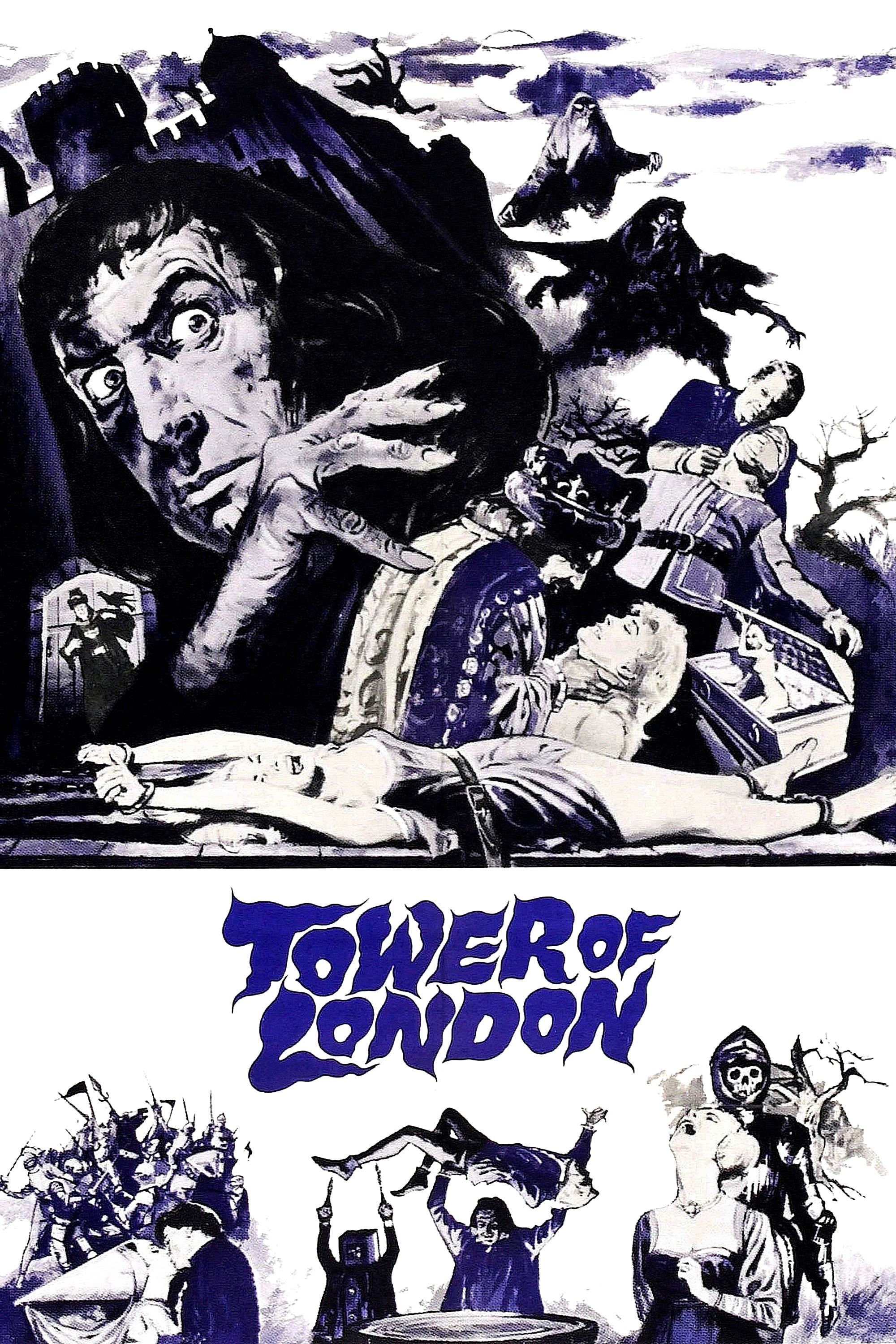 The twisted Richard III is haunted by the ghosts of those he has murdered in his attempt to become the King of England.

Currently Tower of London full movie is available for streaming online, rent, buy or watch for free on: Hoopla

Tower of London is a 1962 historical drama and horror film directed by Roger Corman and starring Vincent Price and Michael Pate. The film was produced by Edward Small Productions.The film tells a highly fictionalised account of the rise to power and eventual downfall of King Richard III of England, freely combining elements derived from the plots of Shakespeare's plays Richard III and Macbeth.

Aside from the historical setting, the movie is not connected to the 1939 film of the same name, starring Price, Basil Rathbone and Boris Karloff.