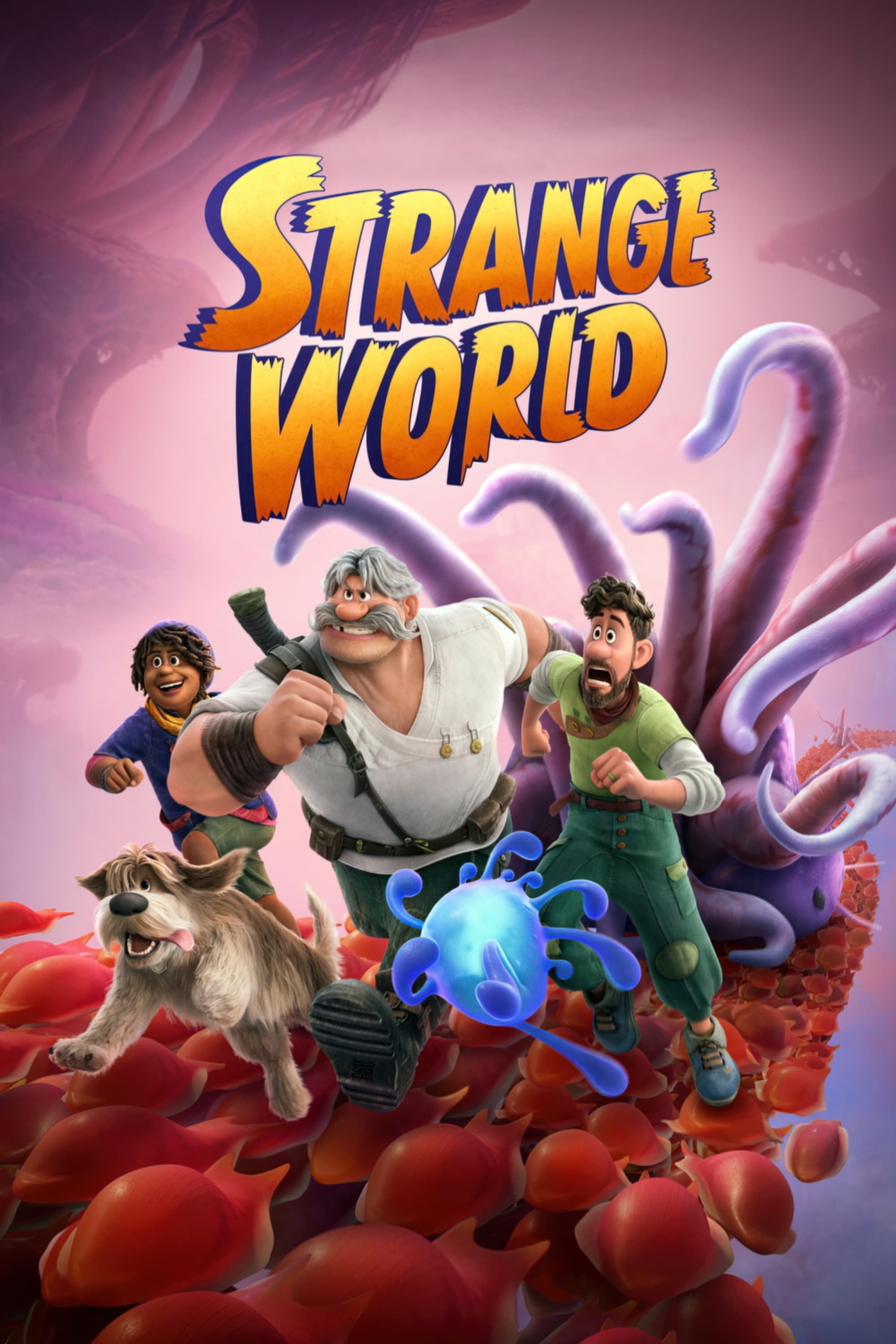 A journey deep into an uncharted and treacherous land, where fantastical creatures await the legendary Clades—a family of explorers whose differences threaten to topple their latest, and by far most crucial, mission.

Strange World is a 2022 American computer-animated science-fiction adventure film produced by Walt Disney Animation Studios and distributed by Walt Disney Studios Motion Pictures. The 61st film produced by the studio, it was directed by Don Hall, co-directed by Qui Nguyen, and produced by Roy Conli, from a screenplay written by Nguyen, who also conceived the story with Hall. The film stars the voices of Jake Gyllenhaal, Dennis Quaid, Jaboukie Young-White, Gabrielle Union, and Lucy Liu. It is Disney's seventh animated film to tackle the sci-fi genre, after Big Hero 6 (2014). The film follows a legendary family of explorers, the Clades (Gyllenhaal, Quaid, Young-White, and Union), who must set aside their differences as they embark on a journey to a mysterious subterranean land inhabited by surreal lifeforms, in order to save a miracle plant that is their society's source of energy.

Strange World draws inspiration from pulp magazines, Journey to the Center of the Earth (1864), Fantastic Voyage (1966) and King Kong (1933). While the film is predominately CGI, the film does incorporate 2D animation from Randy Haycock, with additional 2D animation by Eric Goldberg and Mark Henn in certain scenes.

Strange World premiered at the El Capitan Theatre in Los Angeles on November 15, 2022, and was theatrically released in the United States on November 23. The film was noted for introducing Walt Disney Animation Studios' first openly LGBTQ lead character. It received generally positive reviews from critics, who praised the animation, visuals, and voice acting, but criticized the screenplay. The film was a box-office bomb, with projections of as much as a $147 million loss for Disney. On Disney+, it became the number one movie being streamed for a short period by that service but never made it into the top 10 overall for streaming movies on all services.

The Guardians of the Galaxy Holiday Special (2022)