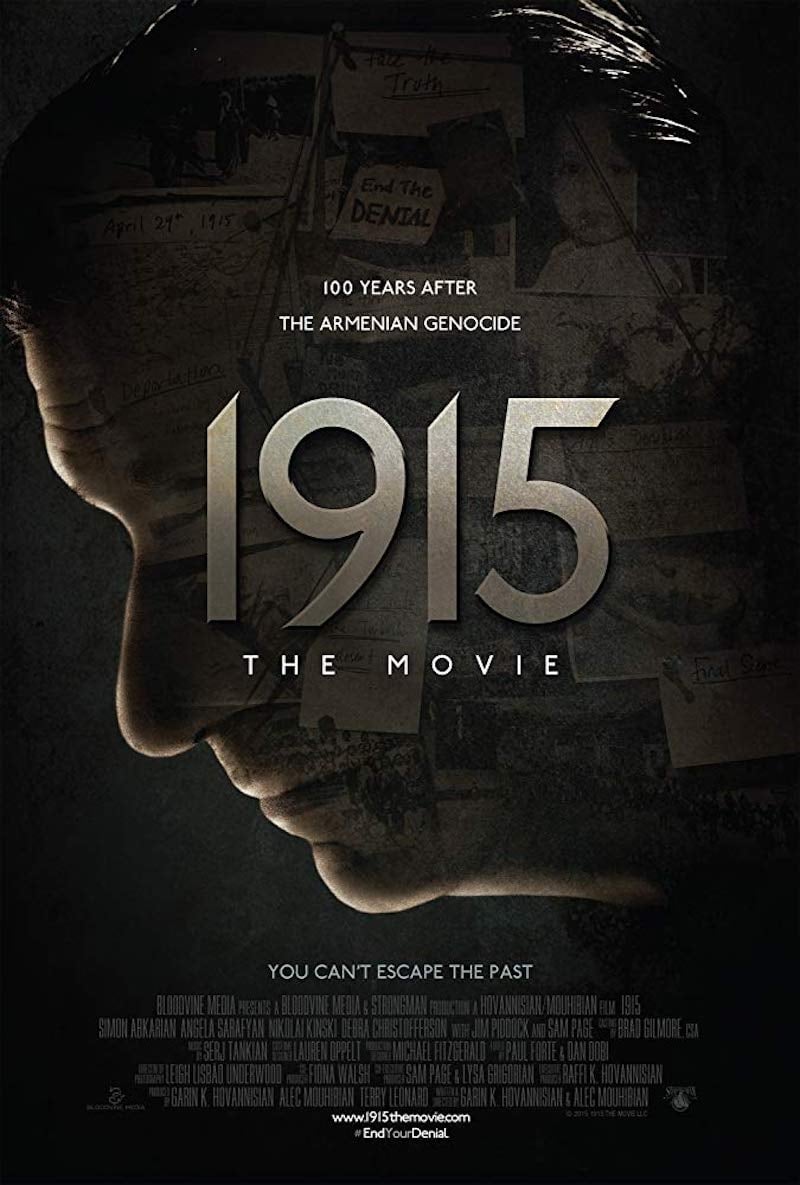 Exactly 100 years after the Armenian Genocide, a theatre director stages a play to bring the ghosts of the past back to life.

1915 is a 2015 American psychological thriller film written and directed by Garin Hovannisian and Alec Mouhibian. The film stars Simon Abkarian, Angela Sarafyan, Nikolai Kinski, Debra Christofferson, Jim Piddock, and Samuel Page. It follows a mysterious director staging a play to bring the ghosts of a forgotten tragedy back to life on the 100th anniversary of the Armenian genocide.The film was released in theaters on April 17, 2015 and through video on demand on April 22, 2015.