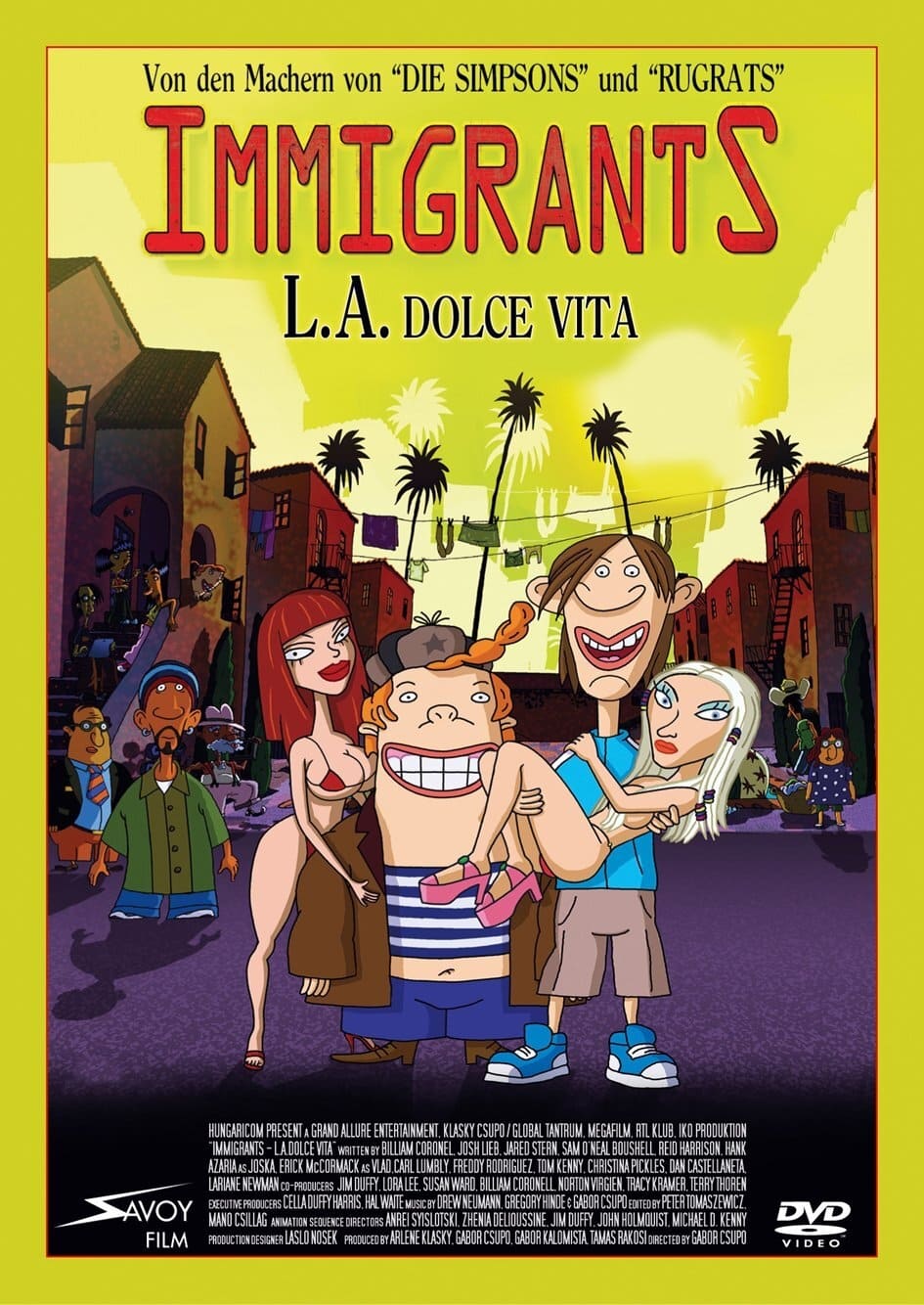 Like many illegal immigrants in front of them, Vlad from Russia and his best friend Joska from Hungary dream of a new life in America. They live in Los Angeles in the somewhat run-down apartment house Vista del Mar with a colorful crowd of neighbors, including Falco from Mexico, Mr. Chea the China snack owner, Nazim the Pakistani nuclear scientist, who is now a bus driver, and Mr. Spit, an old pimp. Vlad and Joska want to earn a lot of money and meet beautiful women. Not easy without valid residence permit. But the two lovable Chaoten cannot be stopped. In the land of unlimited possibilities, the two come up with the most hairy ideas to achieve their goal and slid from one catastrophe to the next.

The characters and story line in this film were the basis for a new animated series for Spike TV, which was scheduled to debut in August 2004. However, despite scheduling a two-hour marathon for the series premiere and ordering an additional six episodes, the series never aired due to the decline of animation programming on Spike TV. It was later compiled into a film and released on October 30, 2008, in Hungary.In America, the film was released on Region 1 DVD in 2009 by Echo Bridge Home Entertainment.