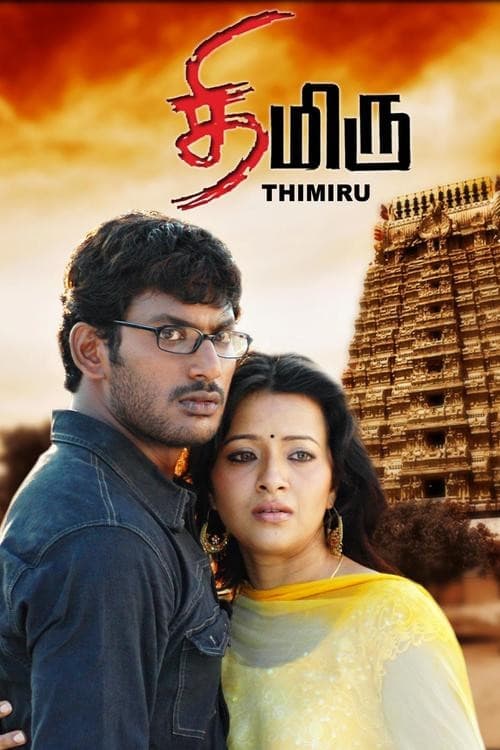 Ganesh comes to Chennai to pursue his studies. A group of goons are on his pursuit. A kind hearted Ganesh is eventually forced to go back to his old ways to fight them and restore order.

Thimiru (transl. Arrogance) is a 2006 Indian Tamil-language action film written and directed by debutant Tarun Gopi. It stars Vishal, Reema Sen and Sriya Reddy in lead and former football player I. M. Vijayan, Manoj K. Jayan and Vadivelu in supporting roles, whilst Kiran Rathod appears in an item number. The film's score and soundtrack are composed by Yuvan Shankar Raja. Produced by Vikram Krishna, under the banner of G K Film Corporation, it was released on 4 August 2006. Thimiru became highly successful at the box office and one of the top-grossing Tamil films in 2006. The film was also praised for Sriya Reddy's negative role and Vadivelu's comedy.The film also has been dubbed in Hindi as The Return Of Zid in 2009. It was later remade by director Vishal Raj in Kannada as Minchu but eventually failed to repeat the success of its original version.