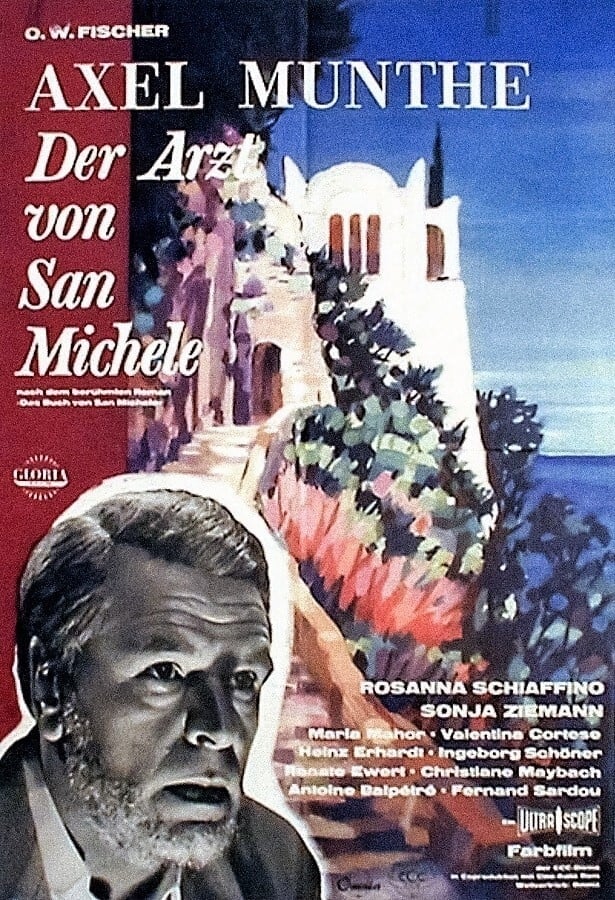 The young Swedish country doctor Axel Munthe refrains from taking over a practice intended for him in his hometown and does not marry, as planned, his youth love Ebba. Instead, he goes to Paris, where he joins the famous researcher Louis Pasteur. Through a countess he is finally introduced to the Paris society. Rasch becomes the favorite of Hautevolee, the fashion doctor of the clothed and high-aligned. But one day, when he hears that a cholera epidemic has erupted in Naples, he leaves everything and lies there and travels to southern Italy to help where he can. Then Munthe goes to Rome, where he brings it to fame and fortune. Finally, he even becomes the physician of the Swedish king. At the height of fame and recognition, Axel Munthe decides to withdraw from the public sphere and settles down on Capri. There, with progressive blindness, he writes his memoirs.

Axel Munthe, The Doctor of San Michele (German: Axel Munthe – Der Arzt von San Michele) is a 1962 biographical drama film directed by Giorgio Capitani, Rudolf Jugert and Georg Marischka. It stars O.W. Fischer in the title role along with Rosanna Schiaffino, Sonja Ziemann and Valentina Cortese. It was made as a co-production between France, Italy and West Germany. It is based on the 1929 book The Story of San Michele, the memoirs of the Swedish doctor Axel Munthe.

It was shot at the Spandau Studios in Berlin and on location in Rome and Capri. The film's sets were designed by the art directors Werner Achmann and Willy Schatz. It was made in Eastmancolor. It premiered in Augsburg in September 1962.