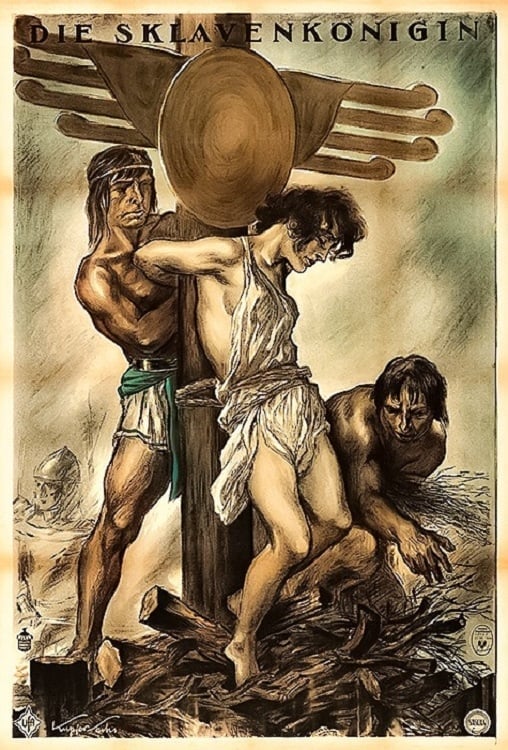 A Jewish slave girl falls in love with the Pharaoh's son during the Exodus.

Merapi, The Moon of Israel

The Moon of Israel (German: Die Sklavenkönigin, or "The Queen of the Slaves") is a 1924 Austrian epic film. It was directed by Mihaly Kertész (later Michael Curtiz). The script was written by Ladislaus Vajda, based on H. Rider Haggard's 1918 novel Moon of Israel, which in its turn was inspired by the Biblical story of the Exodus.

It was this film that brought Kertész to the attention of the studio head Jack L. Warner, who invited him to Hollywood in 1926, where he rapidly became Michael Curtiz and made a career with the Warner Studios.

Shooting took place in Vienna with about 5,000 extras, in the studios of Sascha-Film, and outdoors in the Laaer Berg park area. The premiere was on 24 October 1924. The restored complete version of the film, which was thought to be entirely lost for many years, was first shown on 26 February 2005 in the Wiener Metro Kino.