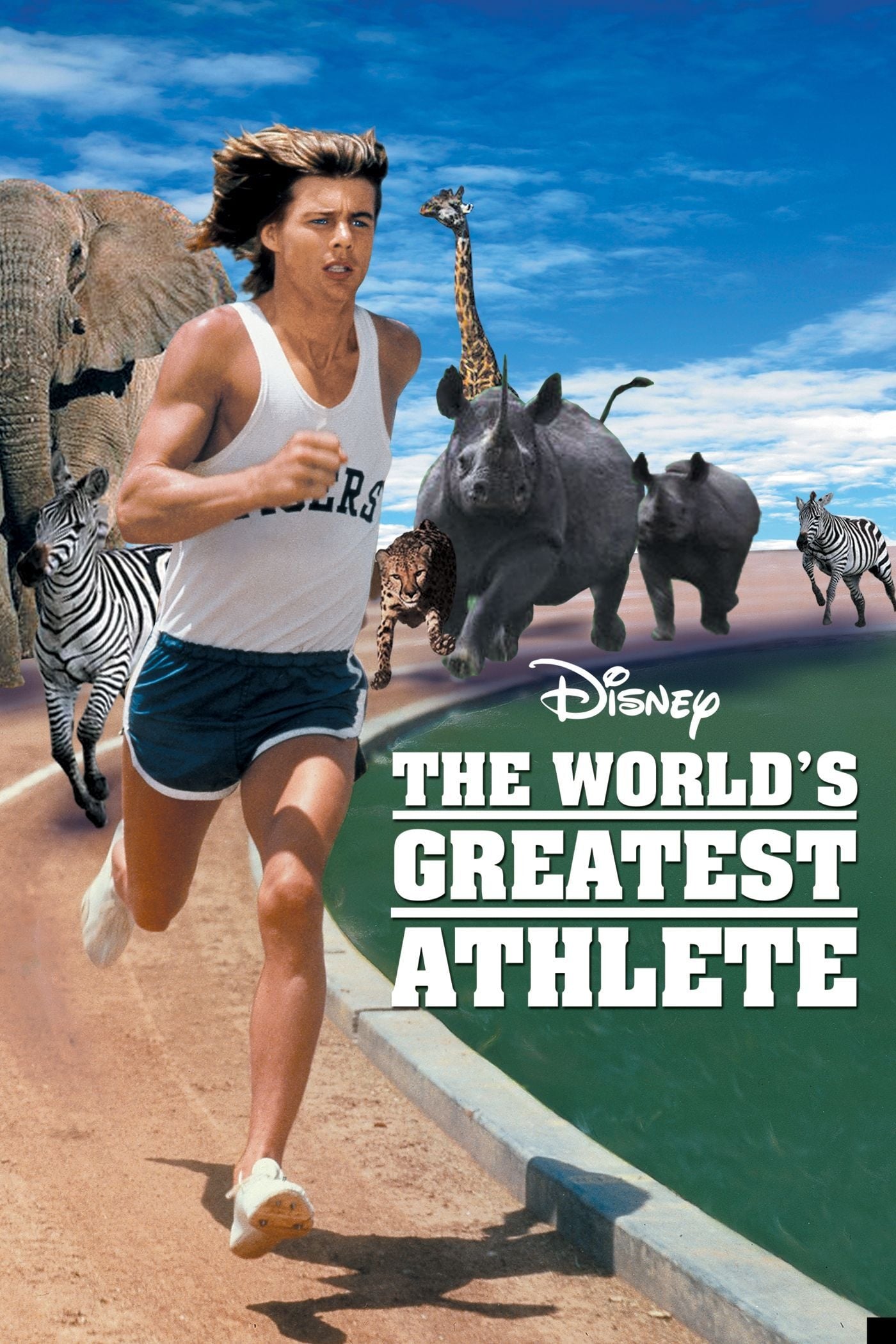 Stuck with a feeble sports department, college coach Sam Archer (John Amos) faces the ax unless he can reverse the school's athletic fortunes. An African vacation with his assistant (Tim Conway) answers Archer's prayers when he spots the athletically gifted Nanu (Jan-Michael Vincent). Sam counts on Nanu's remarkable abilities to put the team back on the winning track. This upbeat farce boasts an impressive cast of comedians.

The World's Greatest Athlete is a 1973 American sports comedy film directed by Robert Scheerer and starring John Amos, Roscoe Lee Browne, Tim Conway, Dayle Haddon, and Jan-Michael Vincent. Released by Walt Disney Productions, it is one of the few wide-release Hollywood sports films to look at the world of track and field. In the film, Nanu (played by Vincent) tries to make history by winning every event at the NCAA Track & Field Championship. The screenplay was by Dee Caruso and Gerald Gardner who also did a novelisation of the film.