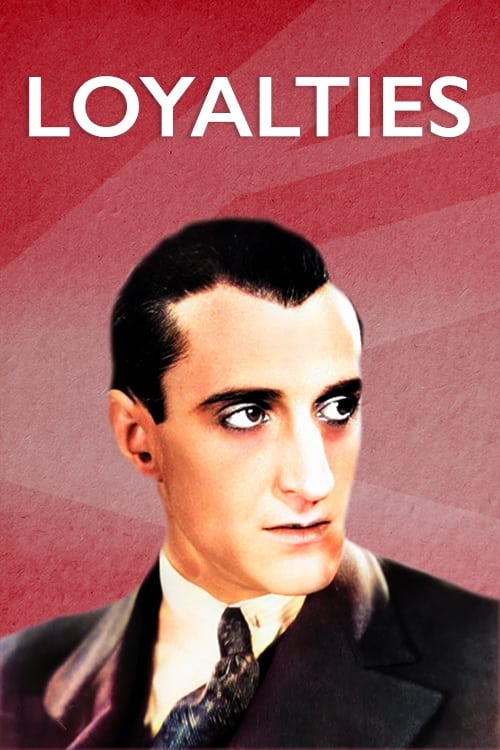 While a houseguest at an upper-class gathering, wealthy Jew Ferdinand de Levis is robbed of £1,000 with evidence pointing towards the guilt of another guest, Captain Dancy. Instead of supporting De Levis, the host attempts to hush the matter up and when this fails, he sides with Dancy and subtly tries to destroy de Levis' reputation. When Dancy is later exposed, and commits suicide, de Levis is blamed for his demise.

Loyalties is a 1933 British drama film directed by Basil Dean and starring Basil Rathbone, Heather Thatcher and Miles Mander. It is based on the 1922 John Galsworthy play Loyalties.

The film addresses the theme of anti-Semitism. The film was part of an increased trend depicting mistreatment of Jews in British films during the 1930s, tied to the rising tide of anti-Semitism in Nazi Germany, but is unusual in its depiction of prejudice in Britain as most other films were set in a non-British, historical context.