Crossroad Avenger: The Adventures of the Tucson Kid 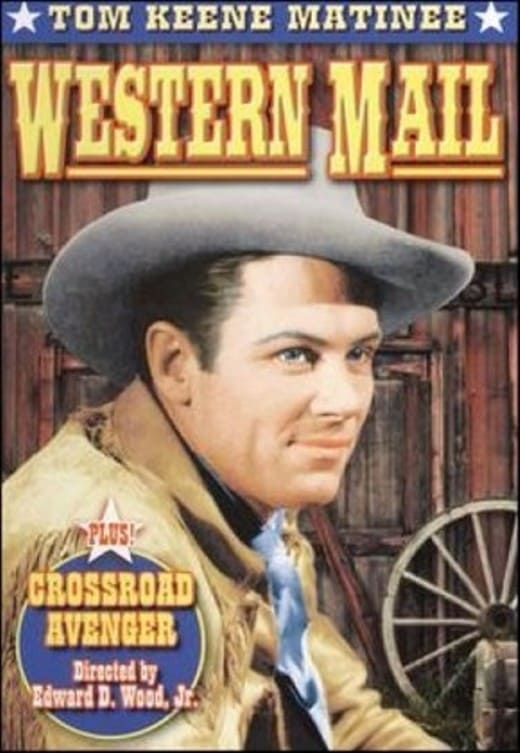 Edward D. Wood, Jr.'s Western that tells of the adventures of the Tucson Kid, who investigates suspicious insurance claims.

Crossroad Avenger is a 1953 Western film intended to serve as a television pilot. It was directed by Ed Wood (who also wrote the script) and served as a star vehicle for Tom Keene. Keene had become known as a star of B movie Westerns in the 1930s and 1940s, but was experiencing a downturn in his career in the 1950s. Wood served as both writer and director. He also had a small acting role as a Pony Express rider.The film lasts 25 minutes. The series failed to find a buyer. It was eventually combined with another Western starring Keene into a longer film called The Adventures of the Tucson Kid and was syndicated to television as a movie c. 1954.