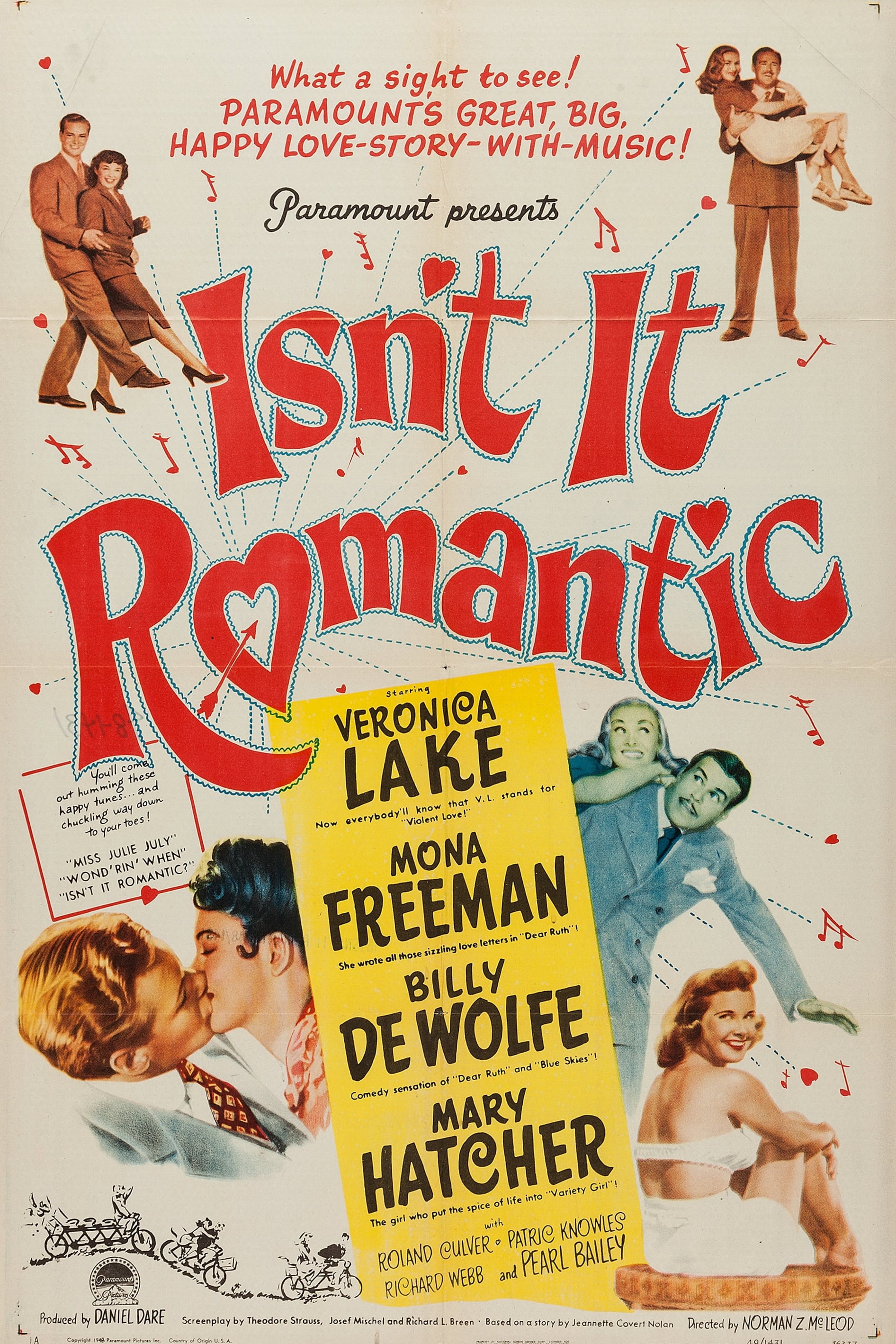 Isn't It Romantic? is a 1948 American comedy musical film from Paramount Pictures, directed by Norman Z. McLeod and starring Veronica Lake and Billy De Wolfe. Supporting actors included Mona Freeman, Richard Webb and Pearl Bailey. Although it takes its title from a 1932 song by Richard Rodgers and Lorenz Hart, it is based on a novel called Gather Ye Rosebuds by Jeannette C. Nolan.The plot of Isn't It Romantic? is set in Indiana after the Civil War and is about three daughters courted by three young men.