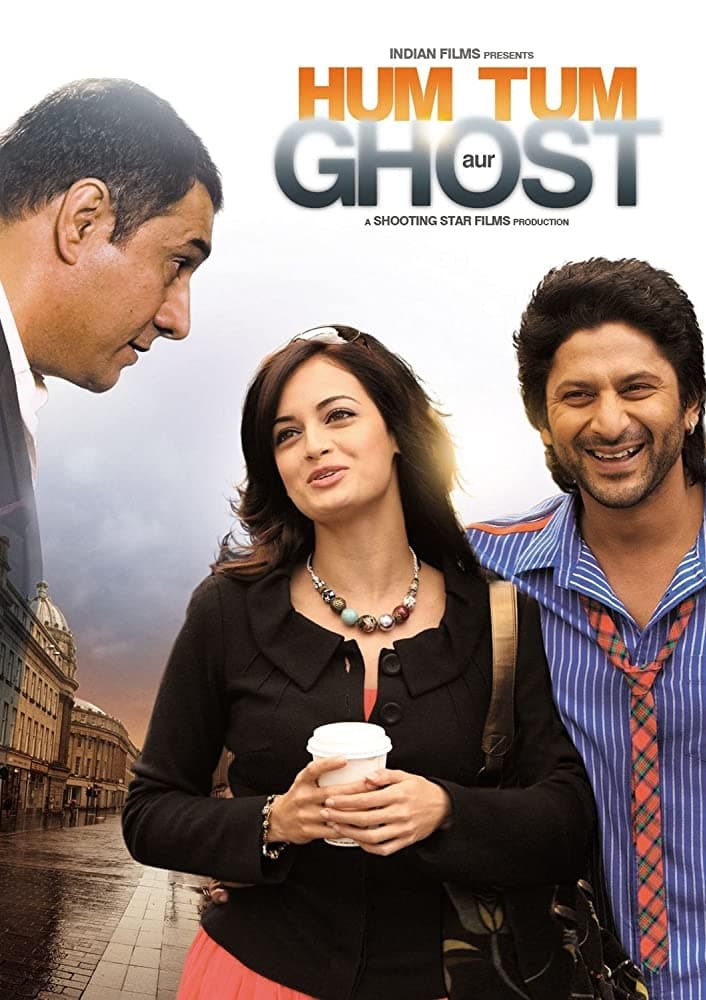 Armaan's (Arshad Warsi) life is picture perfect; a loving girlfriend and a great job as a fashion photographer. The truth is that he hears voices - voices that torture him, voices that don't let him have his peace, and voices that nobody else can hear. What is even more puzzling is the fact that he talks to himself...or rather, to people, whom no one can see!

Hum Tum Aur Ghost (transl. You, Me and the Ghost; earlier titled as Kaun Bola?! ) is a 2010 Indian Hindi supernatural comedy-drama film directed by Kabeer Kaushik and produced by Arshad Warsi, starring Arshad Warsi and Dia Mirza in the lead roles. This unofficial remake of Ghost Town was filmed in Newcastle upon Tyne, England, the film was released on 26 March 2010. The film was also inspired by the Hollywood films, The Sixth Sense and Heart and Souls (1993).