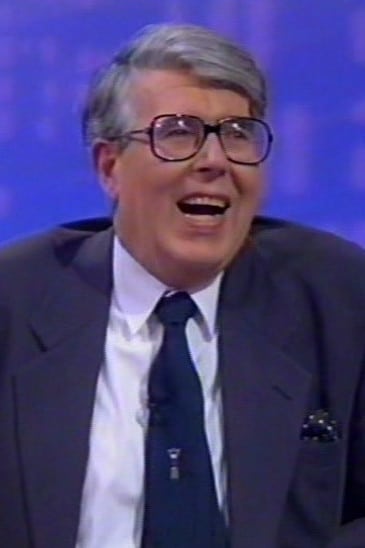 Leslie Douglas Sargent Crowther, CBE (6 February 1933 – 29 September 1996) was an English comedian, actor, TV presenter, and game show host. Crowther was born on Monday 6 February 1933 in West Bridgford, Nottinghamshire, son of Leslie Frederick Crowther (died 1955), of Twickenham, Middlesex, and Ethel Maraquita (died 1951), née Goulder.At the end of 1944, he moved to London with his parents, but was evacuated for a few months to the Isle of Bute until just after the Second World War ended.Crowther's stage experience began in the mid-1940s. As a youngster he showed promise as a pianist, and in 1944 won a junior scholarship to the Royal Academy of Music. He attended the respected Cone-Ripman Drama School in London, where he met his future wife, and whilst there competed (in 1947) at the Star Junior Ballroom Championships partnering Pamela Cochran, and then at 16, he appeared as a member of the Ovaltineys Concert Party of the Air on Radio Luxembourg. He also attended Nottingham High School and then Thames Valley Grammar School.In November 1951 his mother died of a massive stroke aged 56. His father was also an actor. Leslie senior was an alcoholic, and died in early January 1955 at the age of 67, ten days after being hit by a car. Leslie junior had a half-brother, Frank Ronald, from his father's first marriage.During the late 1950s and early 1960s, Crowther worked on the stage and on radio. His radio work included Ovaltine programmes, Variety Playhouse and Crowther's Crowd.

The Black and White Minstrel Show (1958)