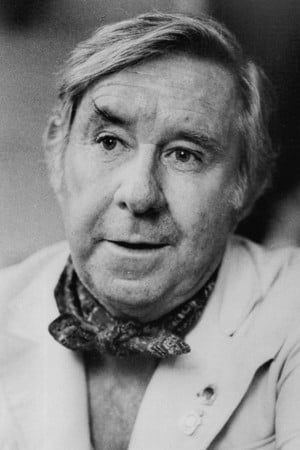 John Meillon, ( MEL-yon; 1 May 1934 – 11 August 1989), was an Australian character actor, known for many straight as well as comedy roles, he became most widely known internationally as Walter Reilly in the films Crocodile Dundee and Crocodile Dundee II. He also voiced advertisements for Victoria Bitter beer. He appeared in several Australian New Wave films including Wake in Fright and The Cars That Ate Paris. Meillon was born in Mosman, New South Wales. His younger brother was director Bob Meillon (1943–2012).Meillon began his acting career at the age of eleven in the ABC's radio serial Stumpy, and made his first stage appearance the following year. He joined the Shakespeare Touring Company when he was sixteen.

He appeared in a number of early Australian TV plays.Like many actors of his generation from 1959 to 1965, he worked in England, but while working in Britain he consciously steered away from Australian roles. Meillon claimed that he learnt discipline while working in theatre, and that television was not a good medium for training.Meillon had a recurring role in the television series My Name's McGooley, What's Yours?. He featured in two episodes of Skippy in 1968 and 1969, appearing as "Nimble Norris". In 1976, he won the AACTA Award for Best Actor in a Leading Role for his role of 'Casey' in the film The Fourth Wish (1976).

With his rich baritone, Meillon was used extensively in voice-over work— most famously in his work as the Victoria Bitter narrator who says "you can get it any old how".Meillon married Australian actress June Salter in 1958 and they had one son, John Meillon, Jr. Meillon and Salter were divorced in 1971. Meillon married actress Bunny Gibson on 5 April 1972; they also had a son.In 1977, Meillon released the single "Tap Tap"/"Picture Show Man", which peaked at number 80 on the Australian singles chart.Meillon was appointed an OBE in the 1979 Queen's Birthday Honours, for service to theatre.In June 1980, Meillon's favourite pub, The Oaks at Neutral Bay, opened The John Meillon OBE Bar in his honour. He continued to frequent the bar over the following decade, including visiting in the week before his death from cirrhosis. His body was found in his home at Neutral Bay on 11 August 1989. Meillon was posthumously awarded the Raymond Longford Lifetime Achievement Award.

Arthur! and the Square Knights of the Round Table

Awards
Officer of the Order of the British Empire