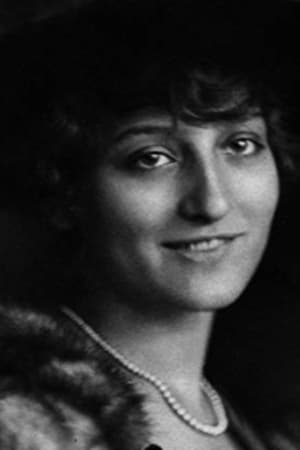 Eva Maria Mandl (29 May 1902 – 10 September 1924), known professionally as Eva May, was an Austrian actress. She was the daughter of the film director Joe May and his wife Mia May. In 1924 she committed suicide by gunshot. Eva Maria Mandl was born on 29 May 1902, the daughter of Austrian actress Mia May and the Austrian-Jewish film director Joe May. Her parents had married seven weeks prior to her birth.She took the name of Eva May and made her film debut in Die geheimnisvolle Villa (1914), which was directed by her father. From 1918 onwards she worked for the Ring-Film GmbH, managed by Manfred Liebenau, who was working as a director under the nom de plume Erik Lund. The two married when May was 16 years old. During this time, May appeared in films such as Erträumtes (1918), Sadja (1918), and The Bride of the Incapacitated (1919). Lund and May soon created their own Eva May serial, in which May wrote the scripts for.

In the 1920s, May worked with her father in films such as The Legend of Holy Simplicity (1920) and Junge Mama (1921). Privately, May was regarded as difficult to work with, and often quarrelled with her father. She worked with other directors like Karl Grune in The Count of Charolais (1922) and Max Mack in Die Fledermaus (1923) opposite Lya de Putti. She starred alongside Alfred Abel in Scheine des Todes (1923), which was directed by her second husband, Lothar Mendes. The most successful films she starred in were Paganini (1923) with Conrad Veidt, and Old Heidelberg (1923) with Paul Hartmann. Her final film was Der geheime Agent (1924).

May married for a third time to Manfred Noa, but they divorced shortly after. After Fritz Mandl refused to marry her, Eva May committed suicide. The year prior, May had attempted to commit suicide by slashing her wrists after Rudolf Sieber broke off their engagement and married Marlene Dietrich instead.