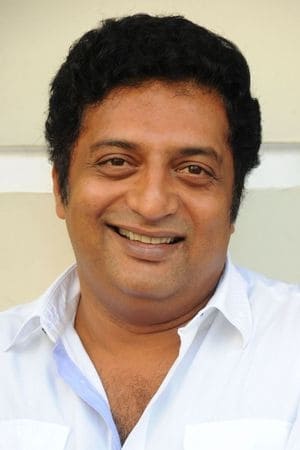 After working in stage shows and television in Kannada for a few years, Raj ventured into films. He made his debut in Tamil cinema through Duet (1994), by K. Balachander, and has since been a commercially successful film star in Tamil. In remembrance, he named his production company Duet Movies. Apart from his mother tongue Kannada, Prakash Raj's fluency in Telugu, Tamil, Hindi, Malayalam, English, and Marathi and has placed him among the most sought after actors in Indian cinema.A polyglot, he played a variety of roles, most notably as the antagonist and, of late, as a character actor. Prakash, as an actor has won a National Film Award for Best Supporting Actor in 1998 for Mani Ratnam's Iruvar, a National Film Award – Special Mention for the Telugu film Antahpuram, directed by Krishna Vamsi in 1998 and a National Film Award for Best Actor in 2007 for his role in Kanchivaram, a Tamil film directed by Priyadarshan,As a producer, he has won a National Film Award for Best Feature Film in Kannada for Puttakkana Highway, directed by his long-time theatre friend B. Suresha in 2011. Prakash was also the host of Neengalum Vellalam Oru Kodi during the show's second season.