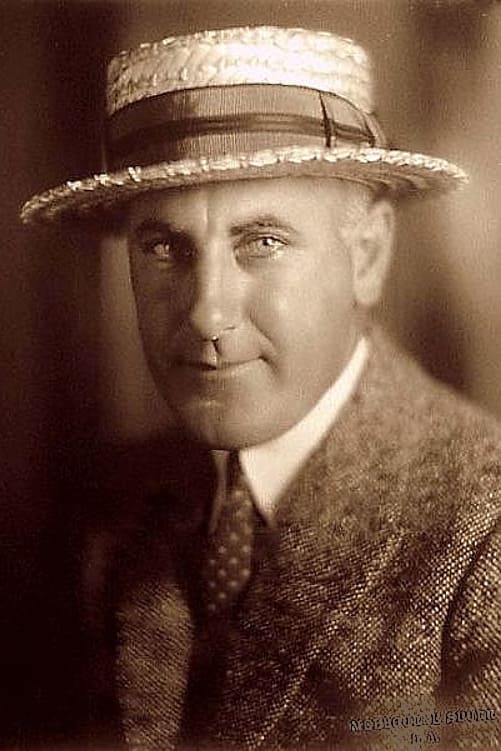 Alfred Ernest Christie (23 October 1881 – 14 April 1951) was a Canadian-born film director, producer, and screenwriter. Alfred Ernest Christie was born in London, Ontario, Canada. One of a number of Canadian pioneers in early Hollywood, he began his career in 1909 working for David Horsley's Centaur Film Company in Bayonne, New Jersey.: 77 In 1910, Christie began turning out a single-reel Mutt and Jeff comedy every week. The following year, Christie moved to Southern California to manage Centaur's West Coast unit, the Nestor Film Company. Nestor established the first permanent movie studio in Hollywood, opening on 27 October 1911. Christie then created a partnership with his brother Charles to form Christie Film Company.

Christie Comedies, as they were known, were different from the fast-paced slapstick efforts of other producers. They relied more on humorous situations and embarrassing moments, and the action was slower and subtler. Christie's stars of the 1920s were former Mack Sennett juvenile Bobby Vernon, Neal Burns, Jimmie Adams, Walter Hiers, and sailor-suited comic Billy Dooley.

In the late 1920s, Christie also produced some of the first "talkie" films made with African American casts. The films starred Spencer Williams, Roberta Hyson, and Evelyn Preer as well as popular musical acts. Several of the films survive.Christie's own studio lasted until 1933 when the company went into receivership. Christie was then hired by Earle Hammons of Educational Pictures as a director, where he worked with The Ritz Brothers, Bob Hope, and Buster Keaton. Christie's last film was Half a Sinner (1940), originally produced by Hammons for Grand National Pictures and ultimately released by Universal Pictures.

Christie died in 1951. He has a star on the Hollywood Walk of Fame at 6771 Hollywood Boulevard.

The Birth of a Baby