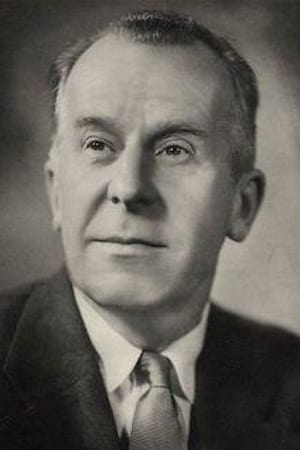 Sergey Alexandrovich Martinson (Russian: Серге́й Александрович Мартинсон; 7 February [O.S. 25 January] 1899 – 2 September 1984) was a Russian eccentric comic actor, the master of pantomime, buffoonery and grotesque. He became People's Artist of the RSFSR in 1964.Sergey Alexandrovich Martinson was born in Saint Petersburg in the family of Swedish and Russian descent. His parents adored theater and took their son to many performances. As a schoolboy, Sergey played in a theatrical studio.

After one year of education in the Technological institute, he decided to become a professional actor. At the entrance exams he read Boris Godunov's monologue from Pushkin's play. The exam board roared with laughter, but refused to accept him. He later joined the theatrical institute from a second attempt.Martinson worked in several theaters. In 1924–1941 he played in the Theatre of the Revolution. In 1925–1926, 1929–1933, 1937–1938 he was the leading actor of Vsevolod Meyerhold's theatre. He was cast by Meyerhold in the plays The Government Inspector, Mandate and others. From 1933 to 1936 he worked in the music hall. From 1945 until his death Martinson was a film actor.

He was mainly a comic actor and seldom appeared in dramatic roles. One of these was the role of Karandyshev in Alexander Ostrovsky's play Without a Dowry, staged by Yury Zavadsky. Martinson's career in film started in 1924, when he played his first role of evil genie "Coolidge Curzon Poincare" in the film The Adventures of Oktyabrina.Martinson was the first in the Soviet cinema to play Hitler in the Sergei Yutkevich film The New Adventures of Soldier Švejk. Actor told, that Hitler, after seeing himself on the screen, included him into his personal black list and promised to hang Martinson on the first lamppost. After the role of composer Kerosinov in the movie Anton Ivanovich is Angry glory literally followed on Martinsons heels – the boys in the courtyard hooted after him: Benzin-kerosene goes!.

One of his latest roles was the role of Mr. Frankland in the adaptation of Arthur Conan Doyle's novel The Hound of the Baskervilles.

He married his first wife, Ekaterina Il'inichna Ilyina (born: 1900, St Petersburg, Russia, died: 1985, New York, USA), a beautiful actress, in 1927, whom he met during his acting studies; their daughter, Anna, later a successful artist and costume designer, was born in 1928 (died New York, 2012), she married the russian conductor and violist Rudolf Barshai (1924-2010). Although they had never officially divorced, he married his second wife, dancer Lola Dobrohotova, who was later exiled by the government for alleged connections to "foreign elements" and died in exile; they had a son, Alexander (1939-2001). His third wife, Luisa (born: Ukraine, 1929, died: 2018, USA) was a woman 30 years junior to Martinson. They had a daughter, Natasha (born 1956) and divorced several years later.

The Adventures of Sherlock Holmes and Dr. Watson: The Hound of the Baskervilles, Part 2 (1981)

The Adventures of Sherlock Holmes and Dr. Watson: The Hound of the Baskervilles, Part 1 (1981)

The Adventures of Sherlock Holmes and Dr. Watson: The Hound of the Baskervilles (1981)

The Adventures of Sherlock Holmes and Dr. Watson (1980)

The New Adventures of Captain Vrungel (1978)

How the Donkey Tries to Find Happiness (1971)

Adventures of Mowgli: Return to Mankind (1971)

Adventures of Mowgli: The Kidnapping (1968)

The Shepherdess and the Chimney Sweep (1964)

The Adventures of an Octoberite (1924)