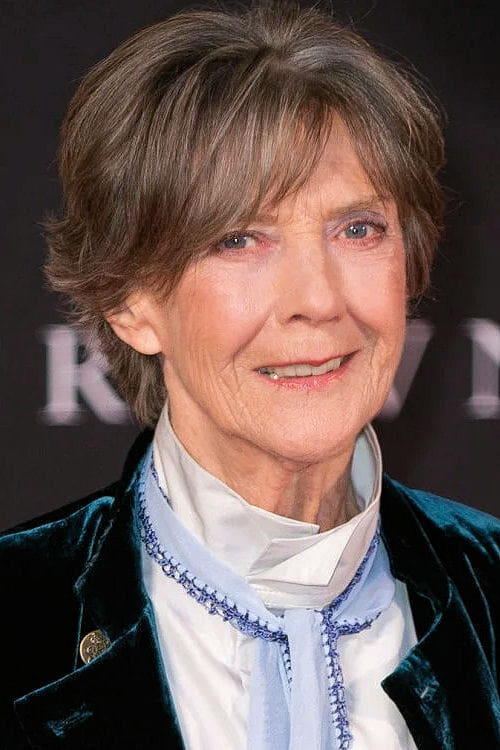 Dame Eileen June Atkins, (born 16 June 1934), is an English actress and occasional screenwriter. She has worked in the theatre, film, and television consistently since 1953. In 2008, she won the BAFTA TV Award for Best Actress and the Emmy Award for Outstanding Supporting Actress in a Miniseries or Movie for Cranford. She is also a three-time Olivier Award winner, winning Best Supporting Performance in 1988 (for Multiple roles) and Best Actress for The Unexpected Man (1999) and Honour (2004). She was appointed Commander of the Order of the British Empire (CBE) in 1990 and Dame Commander of the Order of the British Empire (DBE) in 2001.

Atkins joined the Royal Shakespeare Company in 1957 and made her Broadway debut in the 1966 production of The Killing of Sister George, for which she received the first of four Tony Award nominations for Best Actress in a Play in 1967. She received subsequent nominations for, Vivat! Vivat Regina! (1972), Indiscretions (1995) and The Retreat from Moscow (2004). Other stage credits include The Tempest (Old Vic 1962), Exit the King (Edinburgh Festival and Royal Court 1963), The Promise (New York 1967), The Night of the Tribades (New York 1977), Medea (Young Vic 1985), A Delicate Balance (Haymarket, West End 1997) and Doubt (New York 2006).

Rosamunde Pilcher: Fighting for Her Family (2015)

Movie
6.02
Barbara in the Flower Shop

Awards
Dame Commander of the Order of the British Empire, Primetime Emmy Award for Outstanding Supporting Actress in a Miniseries or a Movie, Laurence Olivier Award