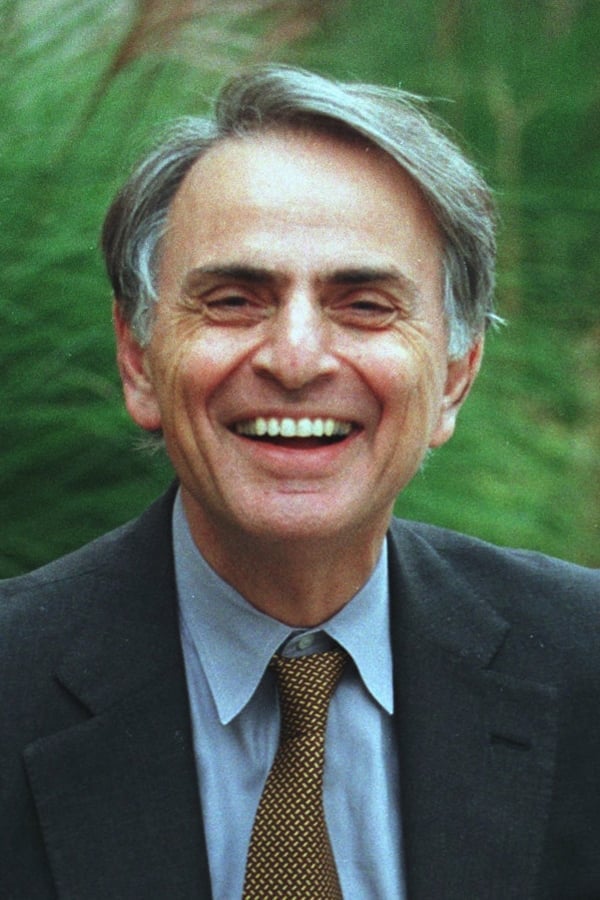 Carl Edward Sagan (; SAY-gən; November 9, 1934 – December 20, 1996) was an American astronomer, planetary scientist, cosmologist, astrophysicist, astrobiologist, author, and science communicator. His best known scientific contribution is research on extraterrestrial life, including experimental demonstration of the production of amino acids from basic chemicals by radiation. Sagan assembled the first physical messages sent into space, the Pioneer plaque and the Voyager Golden Record, universal messages that could potentially be understood by any extraterrestrial intelligence that might find them. Sagan argued the hypothesis, accepted since, that the high surface temperatures of Venus can be attributed to, and calculated using, the greenhouse effect.Initially an assistant professor at Harvard, Sagan later moved to Cornell where he would spend the majority of his career as the David Duncan Professor of Astronomy and Space Sciences. Sagan published more than 600 scientific papers and articles and was author, co-author or editor of more than 20 books. He wrote many popular science books, such as The Dragons of Eden, Broca's Brain, Pale Blue Dot and narrated and co-wrote the award-winning 1980 television series Cosmos: A Personal Voyage. The most widely watched series in the history of American public television, Cosmos has been seen by at least 500 million people in 60 countries. The book Cosmos was published to accompany the series. He also wrote the 1985 science fiction novel Contact, the basis for a 1997 film of the same name. His papers, containing 595,000 items, are archived at The Library of Congress.Sagan advocated scientific skeptical inquiry and the scientific method, pioneered exobiology and promoted the Search for Extra-Terrestrial Intelligence (SETI). He spent most of his career as a professor of astronomy at Cornell University, where he directed the Laboratory for Planetary Studies. Sagan and his works received numerous awards and honors, including the NASA Distinguished Public Service Medal, the National Academy of Sciences Public Welfare Medal, the Pulitzer Prize for General Non-Fiction for his book The Dragons of Eden, and, regarding Cosmos: A Personal Voyage, two Emmy Awards, the Peabody Award, and the Hugo Award. He married three times and had five children. After developing myelodysplasia, Sagan died of pneumonia at the age of 62, on December 20, 1996.

Timelapse of the Entire Universe (2018)

The Real History of Science Fiction (2014)

A Dialogue: A Conversation with Carl Sagan and Ted Turner (1989)

God, the Universe and Everything Else (1988)

The Case of the Ancient Astronauts (1977)

In Search of Ancient Astronauts (1973)

Movie
Self - Introduced by (US version)