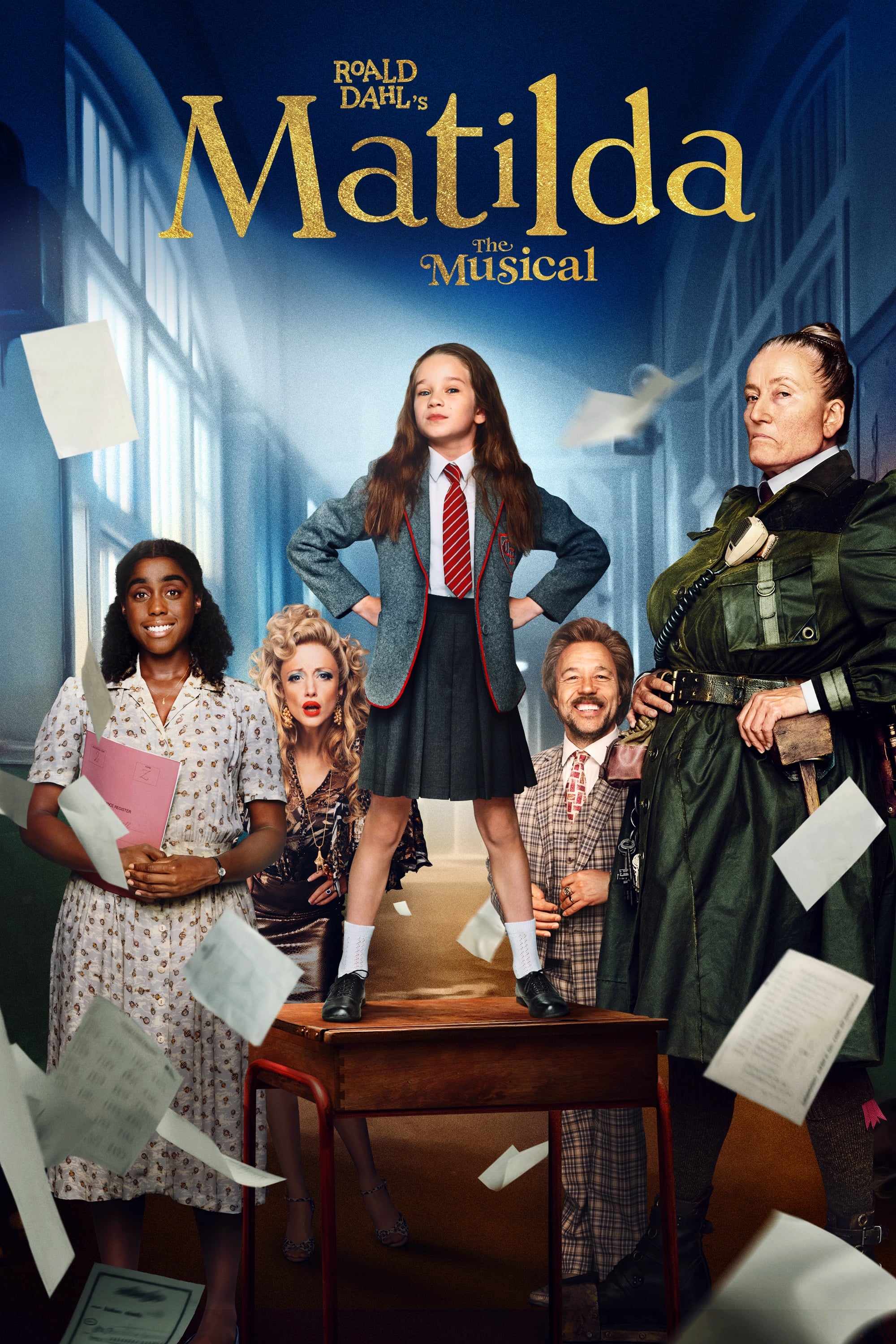 Matilda the Musical (complete title: Roald Dahl's Matilda the Musical) is a 2022 British musical fantasy comedy film directed by Matthew Warchus from a screenplay written by Dennis Kelly. An adaptation of the 2011 stage musical of the same name by Warchus, Kelly and Tim Minchin, which itself based on the 1988 novel Matilda by Roald Dahl, the film, co-produced by TriStar Pictures, Working Title Films and Netflix, is also the second film adaptation of the novel, after the 1996 American film (also produced by TriStar). The film stars Alisha Weir as the title character, alongside Lashana Lynch, Stephen Graham, Andrea Riseborough and Emma Thompson.

A film adaptation of Matilda the Musical was first announced in November 2013, with Warchus and Kelly reportedly attached to return as director and writer, respectively. In January 2020, the project was officially announced, with Minchin also returning to write new songs for the film. Christopher Nightingale, who had written background music for the musical, was also hired to return to compose the film's incidental score. The cast was filled out between January and April 2021, including Weir, Lynch, Thompson, Graham, and Riseborough. Principal photography took place beginning in May 2021 in Ireland.

Matilda the Musical had its world premiere at the BFI London Film Festival on October 5, 2022, and was released in the UK on November 25, 2022, by Sony Pictures Releasing International through TriStar Pictures, while in the U.S., the film is scheduled for theatrical release on December 9, 2022, in addition to being available to stream on Netflix on December 25. The film has received positive reviews from critics, with praise for Thompson's performance.