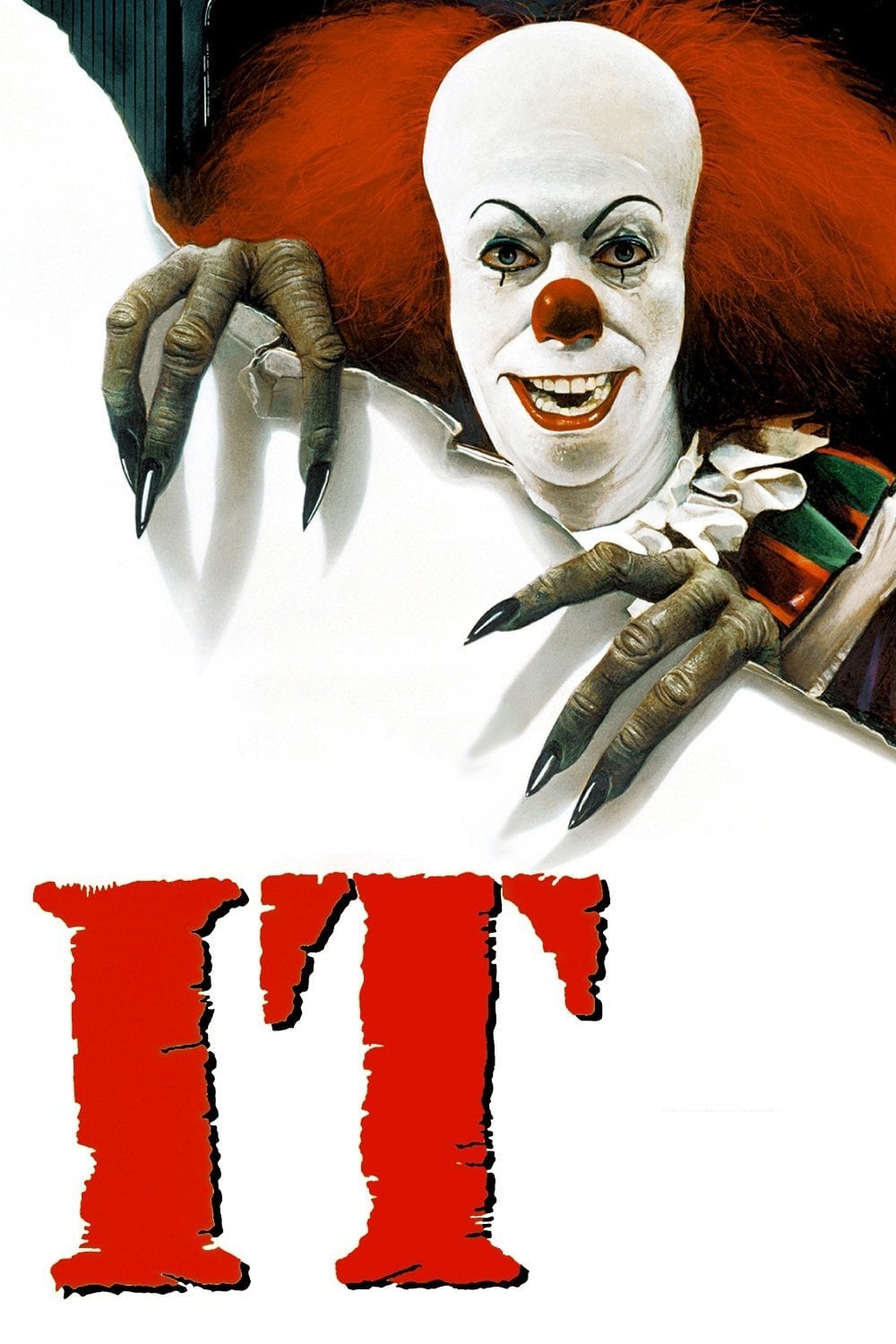 In 1960, seven outcast kids known as "The Losers' Club" fight an evil demon who poses as a child-killing clown. Thirty years later, they reunite to stop the demon once and for all when it returns to their hometown.

Currently It is available for streaming online, rent, buy or watch for free on: Sky Go, Now TV

It (also known as Stephen King's IT) is a 1990 ABC two-part psychological horror drama miniseries directed by Tommy Lee Wallace and adapted by Lawrence D. Cohen from Stephen King's 1986 novel of the same name. The story revolves around a predatory monster that can transform itself into its prey's worst fears to devour them, allowing it to exploit the phobias of its victims. It mostly takes the humanoid form of Pennywise, a darkly comedic clown. The protagonists are The Lucky Seven, or The Losers Club, a group of outcast kids who discover Pennywise and vow to kill him by any means necessary. The series takes place over two different time periods, the first when the Losers first confront Pennywise as children in 1960, and the second when they return as adults in 1990 to defeat him a second time after he resurfaces.

Cast members included Tim Curry (Pennywise), Richard Thomas, John Ritter, Harry Anderson, Jonathan Brandis and others. Produced by Green/Epstein Productions, It was filmed over a period of three months in New Westminster, British Columbia in mid-1990 with a budget of $12 million, double the usual television budget. The miniseries was first broadcast during the November sweeps month. Despite the risk factors, mixed pre-airing critical reviews, and coverage of President George H. W. Bush's foreign trips cutting into the program; It was ABC's biggest success of 1990, pulling through with 30 million viewers for its two parts.

It was nominated for two Emmy Awards, one Eddie Award, one Youth in Film award, and a best miniseries recognition from the People's Choice Awards; it won two of the nominations, an Emmy Award for Outstanding Music Composition for Richard Bellis' score and an Eddie Award for the miniseries' editing.

While divided critical perspectives towards It have continued in later years, the miniseries has become most known for Curry's version of Pennywise. In fact, his portrayal has been considered by several publications to be one of the scariest clown characters in film and television. It has also spawned an Indiegogo-funded documentary film about the miniseries' production, titled Pennywise: The Story of It (2020); and an alternate history sequel short named Georgie, also by the producers of the documentary.