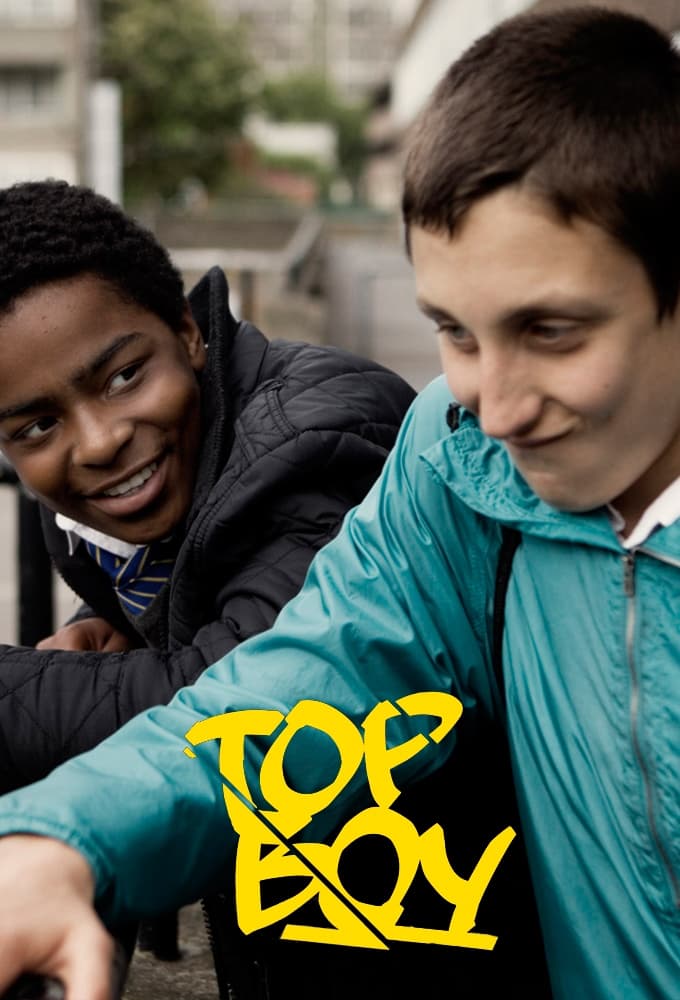 A thrilling and raw crime drama following a gang of drug dealers in Hackney, London - an honest and gripping rendition of inner-city drug and gang culture.

Currently Top Boy is available for streaming online, rent, buy or watch for free on: Netflix, Netflix basic with Ads

Top Boy is a British television crime drama series, created and written by Ronan Bennett. The series is set in the fictional Summerhouse estate in the London Borough of Hackney and focuses on two drug dealers Dushane (Ashley Walters) and Sully (Kane Robinson) along with others involved with drug-dealing and gang violence in London.

There are 26 episodes across four series. The first two series was broadcast on Channel 4, with the first series airing over four consecutive nights from 31 October to 3 November 2011 and the second series airing from 20 August to 10 September 2013. Although storylines for a third series were proposed, the series was dropped by Channel 4 in 2014.Following interest from Canadian rapper Drake, it was announced in 2017 that Netflix would revive the series, with both Ashley Walters and Kane Robinson, as well as the original crew, reprising their roles and Drake and his team executively producing. The third and fourth series premiered on Netflix in September 2019 and March 2022, respectively and were presented as the first and second season of an original Netflix series, whilst the previous two series were added to Netflix under the name Top Boy: Summerhouse. A fifth and final series (third series produced by Netflix) was renewed on 31 March 2022 which will air at some point in the future.Considered one of the best British shows on Netflix, the series has received critical acclaim from critics and audiences for its acting, cinematography, themes, realism, writing, and soundtrack, with favourable comparisons to other black crime shows such as The Wire, Snowfall and Power. It has received several awards and nominations from the British Academy Television Awards, including nominations for the British Academy Television Award for Best Mini-Series and the British Academy Television Award for Best Supporting Actress for Jasmine Jobson as well as wins for the British Academy Television Craft Award for Best Original Music and the British Academy Television Craft Award for Best Scripted Casting.