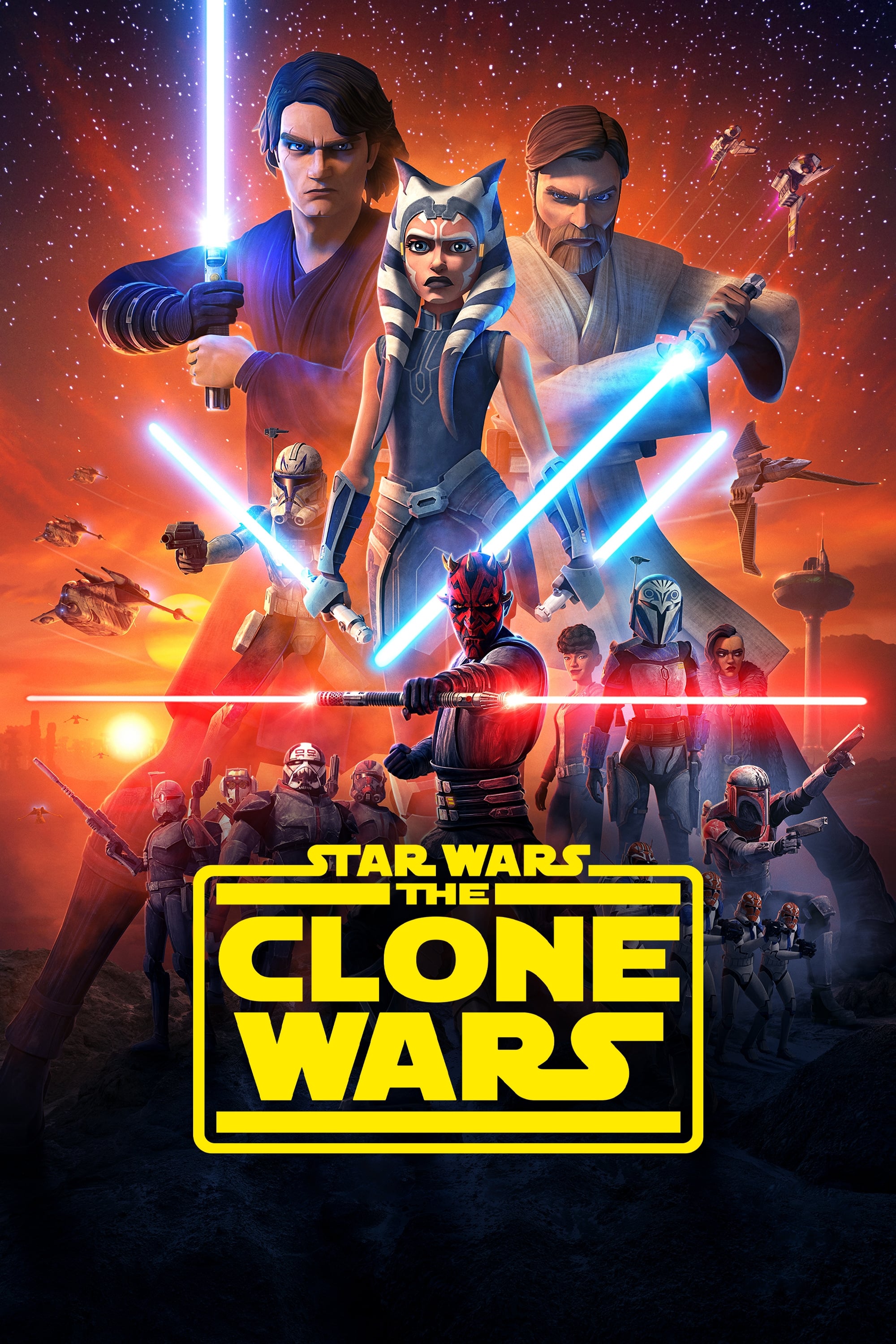 Yoda, Obi-Wan Kenobi, Anakin Skywalker, Mace Windu and other Jedi Knights lead the Grand Army of the Republic against the droid army of the Separatists.

Star Wars: The Clone Wars is an American computer-animated television series created by George Lucas. It is set in the fictional Star Wars galaxy during the three years between the prequel films Episode II: Attack of the Clones and Episode III: Revenge of the Sith. Lucas called it a continuation of the previous Genndy Tartakovsky produced 2003 Clone Wars series. Dave Filoni served as supervising director of the series. The series began with a theatrical feature film that was released on August 15, 2008, and debuted on Cartoon Network two months later on October 3, 2008. Episodes had a running time of approximately 22 minutes to fill a half-hour time slot (compared to the 3–15 minute episodes of the previous series). The seventh season was released exclusively on Disney+, where it no longer needed to fit specific time slots, and run times were approximately 24 to 26 minutes.

In early 2013, Lucasfilm announced that The Clone Wars would be "winding down". Thirteen episodes comprising a new sixth season were made available in the U.S. for streaming on Netflix, along with the entirety of the series, beginning March 7, 2014. A project known as The Clone Wars Legacy adapted unproduced story arcs into other formats, such as comics and novels. The series was revived for a seventh and final season of 12 new episodes, which premiered on Disney+ on February 21, 2020.The Clone Wars received mostly positive reception at first and later acclaim from critics and became a significant ratings success, becoming one of Cartoon Network's highest-rated shows during its initial run. The series was also nominated for numerous industry awards, including the Daytime Emmy Awards and the Annie Awards.Some characters created for The Clone Wars have gone on to appear in other works, including the animated series Star Wars Rebels (2014–2018) and live-action series The Mandalorian (2019–present), and an upcoming spin-off of the latter focused on one of The Clone Wars' main characters, Ahsoka Tano. A direct sequel and spin-off of The Clone Wars, Star Wars: The Bad Batch (2021–present), centers on the titular clone trooper team introduced in The Clone Wars' seventh season, while a spin-off anthology series, Tales of the Jedi (2022–present), centers on Count Dooku and Ahsoka at different stages of their lives before, during, and after the events of The Clone Wars.