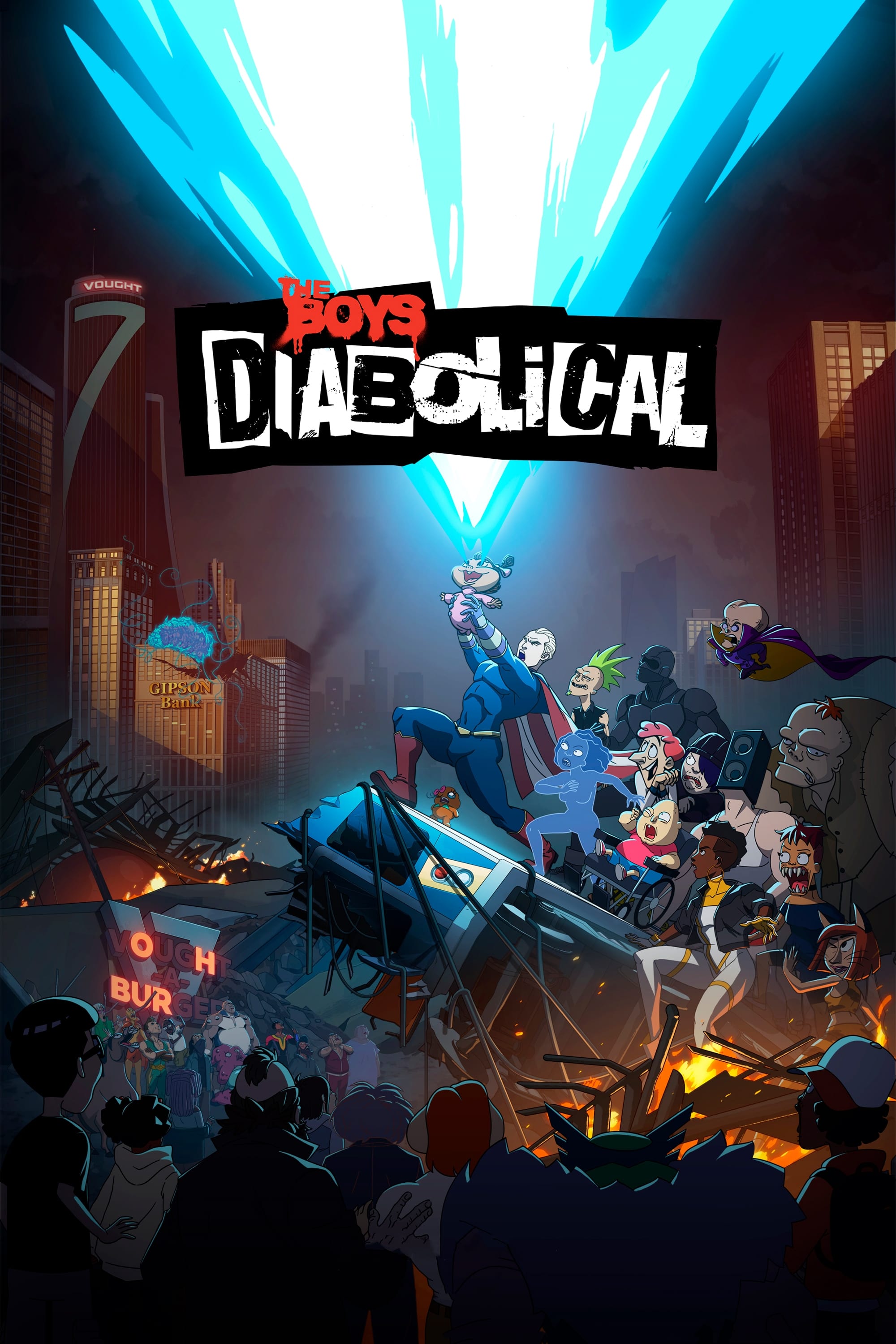 From some of the most unhinged and maniacal minds in Hollywood today comes this animated anthology series, a collection of irreverent and emotionally shocking animated short films. Each episode plunges elbow-deep into unseen crevices of The Boys Universe.

Currently The Boys Presents: Diabolical is available for streaming online, rent, buy or watch for free on: Amazon Prime Video

The Boys Presents: Diabolical, also simply known as The Boys: Diabolical or Diabolical, is an American adult animated superhero anthology series that premiered on Amazon Prime Video on March 4, 2022. It serves as a spin-off of the live action television series The Boys, and is similarly based on the comic book series of the same name by Garth Ennis and Darick Robertson. The series is created by Eric Kripke, Seth Rogen and Evan Goldberg, all executive producers of The Boys television series, alongside Simon Racioppa.

Every episode serves as a stand-alone story set in the universe of the live action series; the tone of the stories can vary from fully comedic to fully dramatic, and each have its own animation style. Writers for the series include Ennis, Racioppa, Rogen, Goldberg, Justin Roiland, Ilana Glazer, Awkwafina, and Andy Samberg; featured voice actors include Antony Starr, Dominique McElligott, Chace Crawford, Elisabeth Shue, and Giancarlo Esposito, all reprising their roles from the live action series.