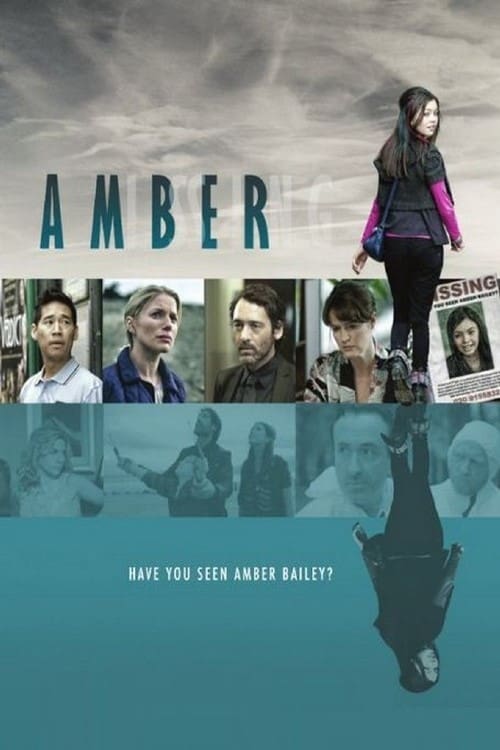 The disappearance of 14 year old Amber Bailey sets off a two-year search during which her family will go through unimaginable pressures. As the days, months and years progress the mystery deepens, and strange and terrifying clues come to light, raising yet even more questions. The world becomes gripped by the mystery of the missing teen. What happened to Amber?

Amber is an Irish television crime drama series, created by Rob Cawley and Paul Duane and directed by Thaddeus O'Sullivan, that broadcast across four consecutive nights on RTÉ One from 19 to 22 January 2014. The series stars Eva Birthistle and David Murray as parents of a young teenage girl, Amber Bailey (Lauryn Canny), who disappears after being dropped off by her father at a friends' house in Dublin.Amber was produced by Screenworks Ireland for RTÉ, with funding from the Broadcasting Authority of Ireland. The series was produced in 2011, and following a distribution deal with Content Media Corporation, the series broadcast in Denmark, Sweden, Israel, Latin America, Brazil, Canada and Australia before premiering in its native country.The series broadcast on BBC Four in the UK in June 2014, airing on Fridays in a graveyard slot. The series is also available on Netflix in some regions, and is available to stream on Amazon Video in the UK. A Region 2 DVD was issued via Arrow Films on 30 June 2014. The series has received mixed reviews from critics.