Discover
›
Popular Movies
›
The Mitchells vs. the Machines (2021)

The Mitchells vs. the Machines 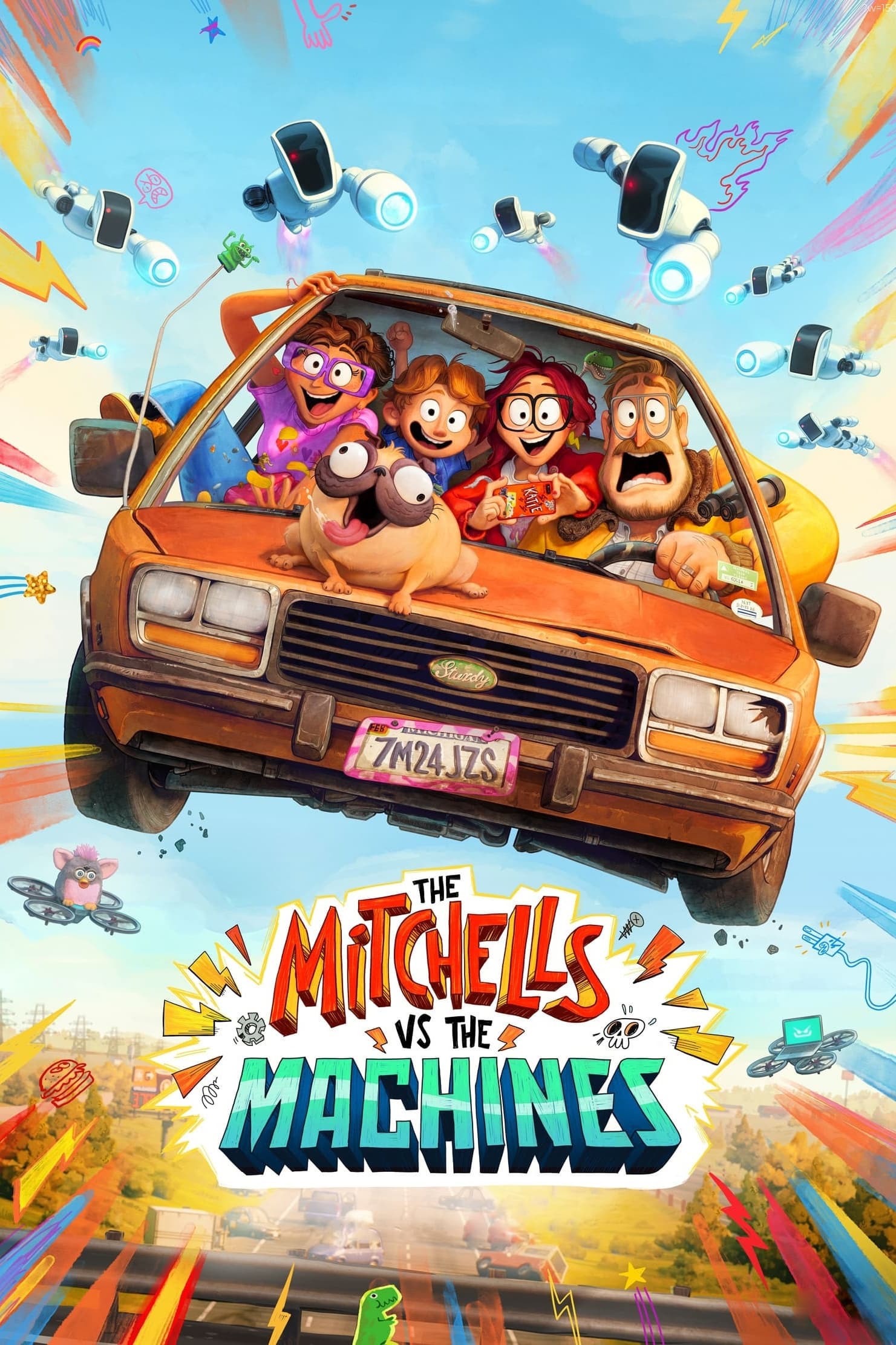 A quirky, dysfunctional family's road trip is upended when they find themselves in the middle of the robot apocalypse and suddenly become humanity's unlikeliest last hope.

The Mitchells vs. the Machines is a 2021 computer-animated science fiction comedy film produced by Sony Pictures Animation. The film was directed by Mike Rianda, co-directed by Jeff Rowe (in their feature directorial debut), and written by Rianda and Rowe, with Phil Lord, Christopher Miller, and Kurt Albrecht serving as producers. The film follows the dysfunctional Mitchell family that winds up having to save Earth from a global robot uprising while on a road trip. It stars an ensemble voice cast that includes Abbi Jacobson, Danny McBride, Maya Rudolph, Rianda, Eric André, Olivia Colman, Fred Armisen, Beck Bennett, John Legend, Chrissy Teigen, Blake Griffin, Conan O'Brien, and Doug the Pug.

The film was originally planned to be released theatrically by Sony Pictures Releasing under the title Connected in 2020, but due to the impact of the COVID-19 pandemic on movie theaters, Sony sold the main distribution rights to Netflix. Netflix retitled it to Rianda and Rowe's original preferred title, The Mitchells vs. the Machines, and released it in select theaters on April 23, 2021, before its streaming release a week later on April 30. The film received critical acclaim for its animation, voice acting, action scenes, themes, humor, and LGBT representation. For the accolades, the film was nominated for Best Animated Feature at the 94th Academy Awards but lost to Encanto. However, it swept all the categories it was nominated for at the 49th Annie Awards, including Best Animated Feature, making it the second film by Sony Pictures Animation to do so after Spider-Man: Into the Spider-Verse in 2019.