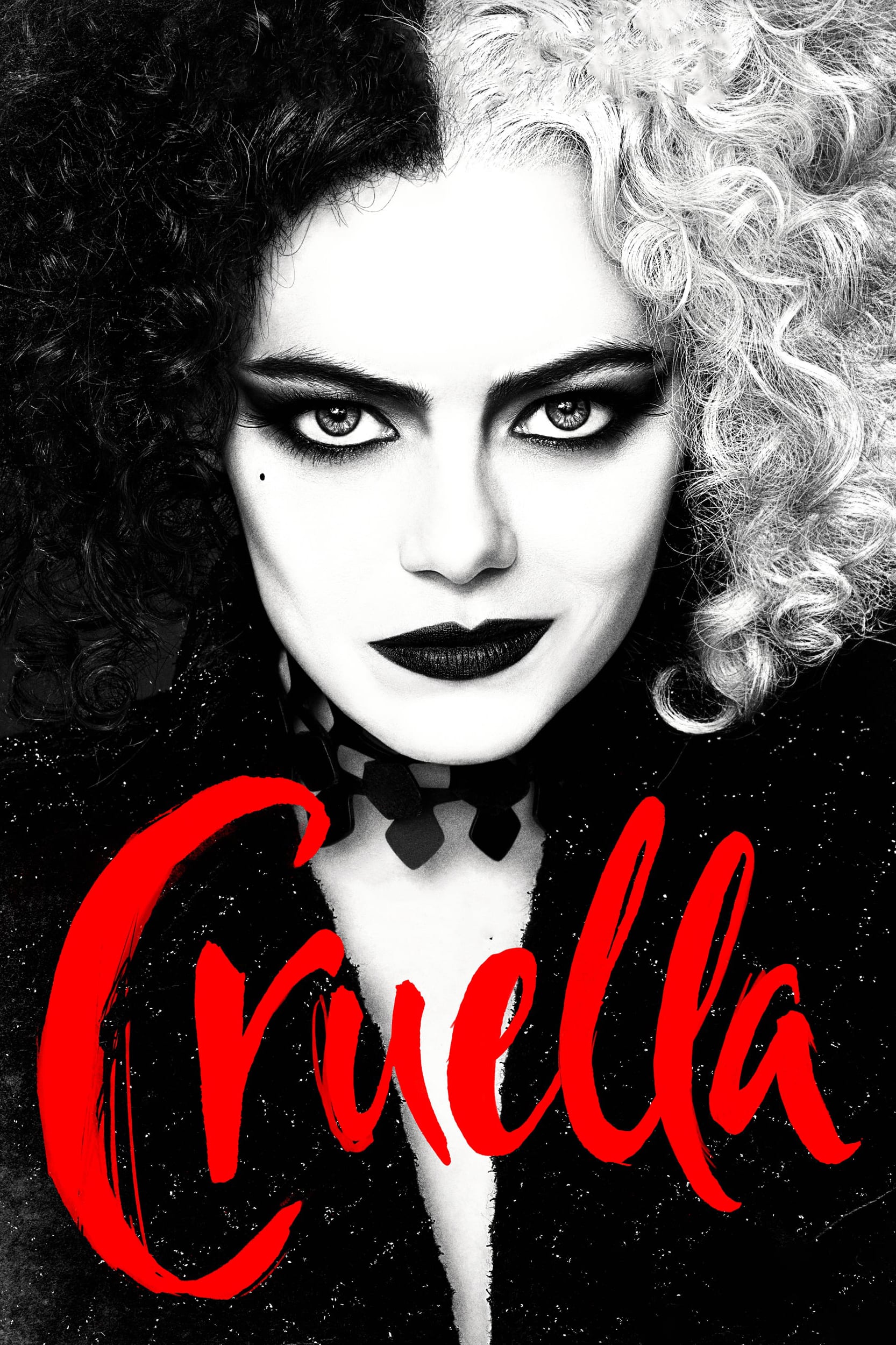 In 1970s London amidst the punk rock revolution, a young grifter named Estella is determined to make a name for herself with her designs. She befriends a pair of young thieves who appreciate her appetite for mischief, and together they are able to build a life for themselves on the London streets. One day, Estella’s flair for fashion catches the eye of the Baroness von Hellman, a fashion legend who is devastatingly chic and terrifyingly haute. But their relationship sets in motion a course of events and revelations that will cause Estella to embrace her wicked side and become the raucous, fashionable and revenge-bent Cruella.

Cruella is a 2021 American crime comedy film based on the character Cruella de Vil from Dodie Smith's 1956 novel The Hundred and One Dalmatians. The film was directed by Craig Gillespie with a screenplay by Dana Fox and Tony McNamara, from a story by Aline Brosh McKenna, Kelly Marcel, and Steve Zissis. It is the third live-action adaptation in the 101 Dalmatians franchise, and serves as a reboot and an alternate origin story for the title character. Emma Stone stars as the title character, with Emma Thompson, Joel Fry, Paul Walter Hauser, Emily Beecham, Kirby Howell-Baptiste, and Mark Strong in supporting roles. Set in London during the punk rock movement of the 1970s, the film revolves around Estella Miller, an aspiring fashion designer, as she explores the path that leads her to become a notorious up-and-coming fashion designer known as Cruella de Vil.In 2013, Walt Disney Pictures announced the film's development with Andrew Gunn as a producer. Stone was cast in 2016 and also serves as an executive producer on the film alongside Glenn Close, who portrayed Cruella in the previous live-action adaptations, 101 Dalmatians (1996) and 102 Dalmatians (2000). Principal photography took place in England between August and November 2019.

Cruella premiered in Los Angeles on May 18, 2021, in the first major red carpet event since the COVID-19 pandemic began, and was released in the United States theatrically and simultaneously available on Disney+ with its Premier Access feature on May 28. The film received generally positive reviews, with critics praising the performances of the cast (particularly those of Stone, Thompson, and Hauser), Gillespie's direction, visual style, costume design, production values, and soundtrack, with criticism aimed at its screenplay. It grossed over $233 million worldwide. The film earned two nominations at the 94th Academy Awards, including Best Makeup and Hairstyling, winning Best Costume Design. It was also nominated in the former category and won in the latter at the 27th Critics' Choice Awards and 75th British Academy Film Awards while Stone was nominated for Best Actress in a Motion Picture – Comedy or Musical at the 79th Golden Globe Awards. A sequel is in development, with Stone set to reprise her titular role.