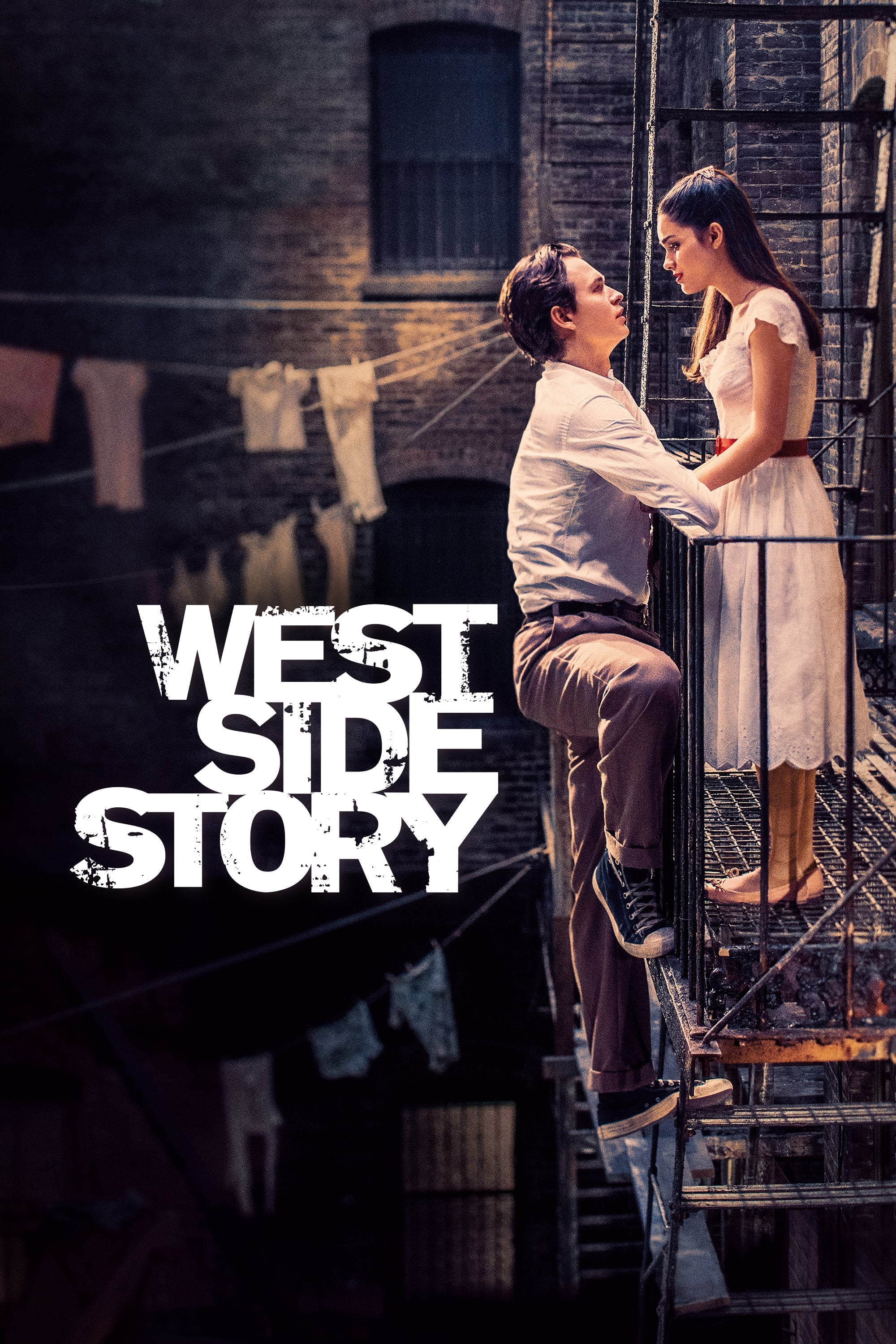 Two youngsters from rival New York City gangs fall in love, but tensions between their respective friends build toward tragedy.

West Side Story is a 2021 American musical romantic drama film directed and co-produced by Steven Spielberg from a screenplay by Tony Kushner. It is the second feature-length adaptation of the 1957 stage musical of the same name. It stars Ansel Elgort and Rachel Zegler in her film debut with Ariana DeBose, David Alvarez, Mike Faist and Rita Moreno in supporting roles. Moreno, who starred in the 1961 film adaptation, also served as an executive producer alongside Kushner. The film features music composed by Leonard Bernstein with lyrics by Stephen Sondheim.

The film entered development in 2014 at 20th Century Fox; Kushner began writing the screenplay in 2017. In January 2018, Spielberg was hired and casting began that September. Justin Peck choreographed the dance sequences. Principal photography occurred in New York and New Jersey; filming began in July 2019 and ran for two months.

West Side Story had its world premiere at Jazz at Lincoln Center's Rose Theater in New York City on November 29, 2021, three days after Sondheim's death. The film was later theatrically distributed by 20th Century Studios in the United States on December 10, after being delayed a year due to the COVID-19 pandemic. The film received critical acclaim with praise for the performances of the cast, Spielberg's direction, and the cinematography, with some critics deeming it superior to the 1961 film. It was named one of the top ten films of 2021 by the National Board of Review and the American Film Institute. The film grossed $76 million against a $100 million production budget, making it a box-office bomb. Among its multiple awards and nominations, it received seven nominations at the 94th Academy Awards, including Best Picture, with DeBose winning Best Supporting Actress. It also received four nominations at the 79th Golden Globe Awards, winning three, including Best Motion Picture – Musical or Comedy, Best Actress in a Motion Picture – Comedy or Musical for Zegler, and Best Supporting Actress – Motion Picture for DeBose.