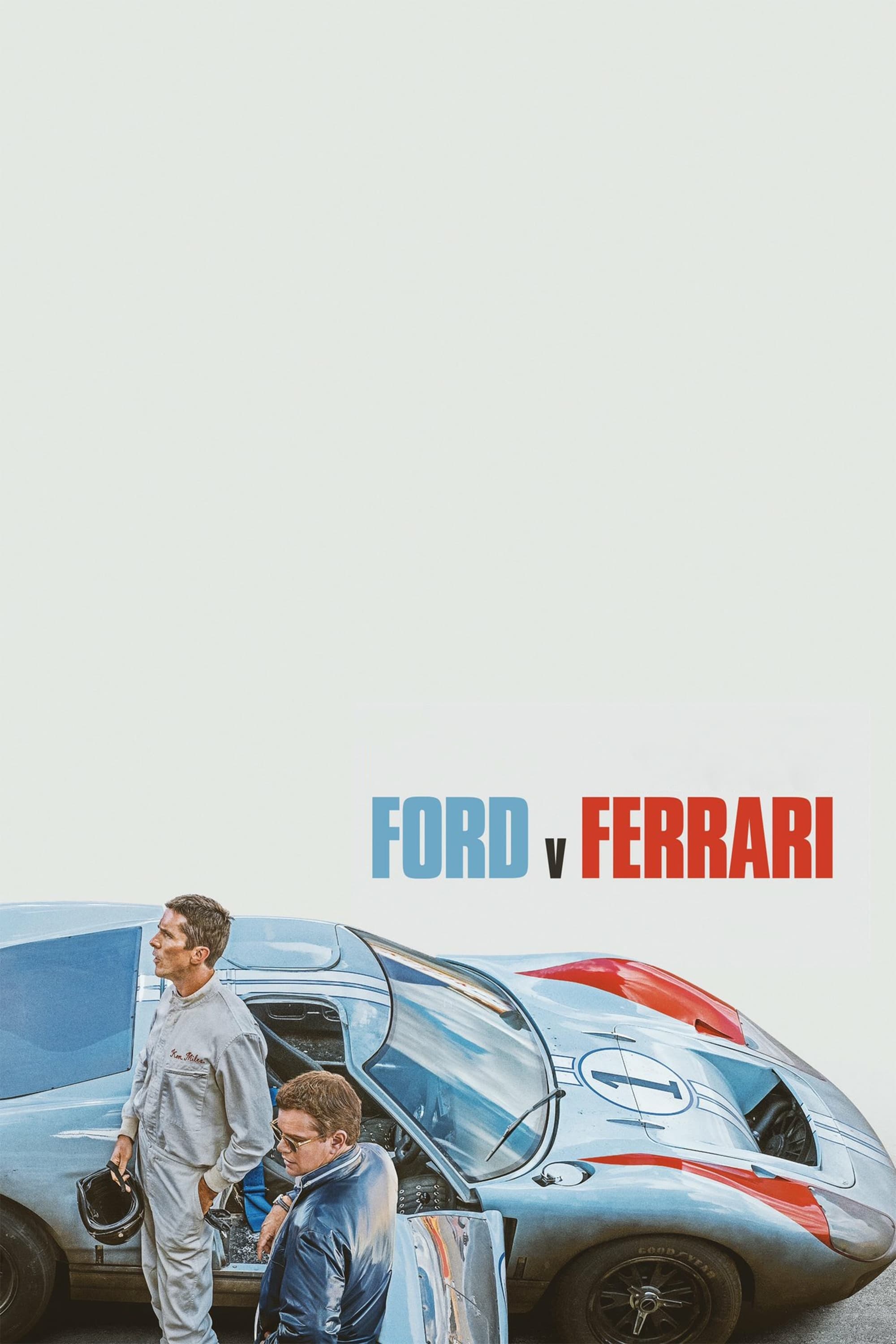 American car designer Carroll Shelby and the British-born driver Ken Miles work together to battle corporate interference, the laws of physics, and their own personal demons to build a revolutionary race car for Ford Motor Company and take on the dominating race cars of Enzo Ferrari at the 24 Hours of Le Mans in France in 1966.

Ford v Ferrari (titled Le Mans '66 in some European countries) is a 2019 American sports drama film directed by James Mangold and written by Jez Butterworth, John-Henry Butterworth, and Jason Keller. It stars Matt Damon and Christian Bale, with Jon Bernthal, Caitríona Balfe, Tracy Letts, Josh Lucas, Noah Jupe, Remo Girone, and Ray McKinnon in supporting roles. The plot follows a determined team of American and British engineers and designers, led by automotive designer Carroll Shelby and his British driver, Ken Miles, who are dispatched by Henry Ford II and Lee Iacocca with the mission of building a new racing car with the potential to finally defeat the perennially dominant Italian racing team Scuderia Ferrari at the 1966 24 Hours of Le Mans race in France.

Ford v Ferrari had its world premiere at the Telluride Film Festival on August 30, 2019, and was theatrically released in the United States on November 15, 2019, by 20th Century Fox. It was the last before the studio's rebranding as 20th Century Studios in 2020. The film grossed $225 million worldwide and received acclaim from critics, who lauded the performances (particularly Bale and Damon), Mangold's direction, the editing, and the racing sequences.

It was chosen by the National Board of Review as one of the ten best films of the year, and at the 92nd Academy Awards received four nominations, including Best Picture, and won Best Film Editing and Best Sound Editing. Bale also received nominations for the Golden Globe Award for Best Actor – Drama and the Screen Actors Guild Award for Outstanding Performance by a Male Actor in a Leading Role.

A Beautiful Day in the Neighborhood (2019)