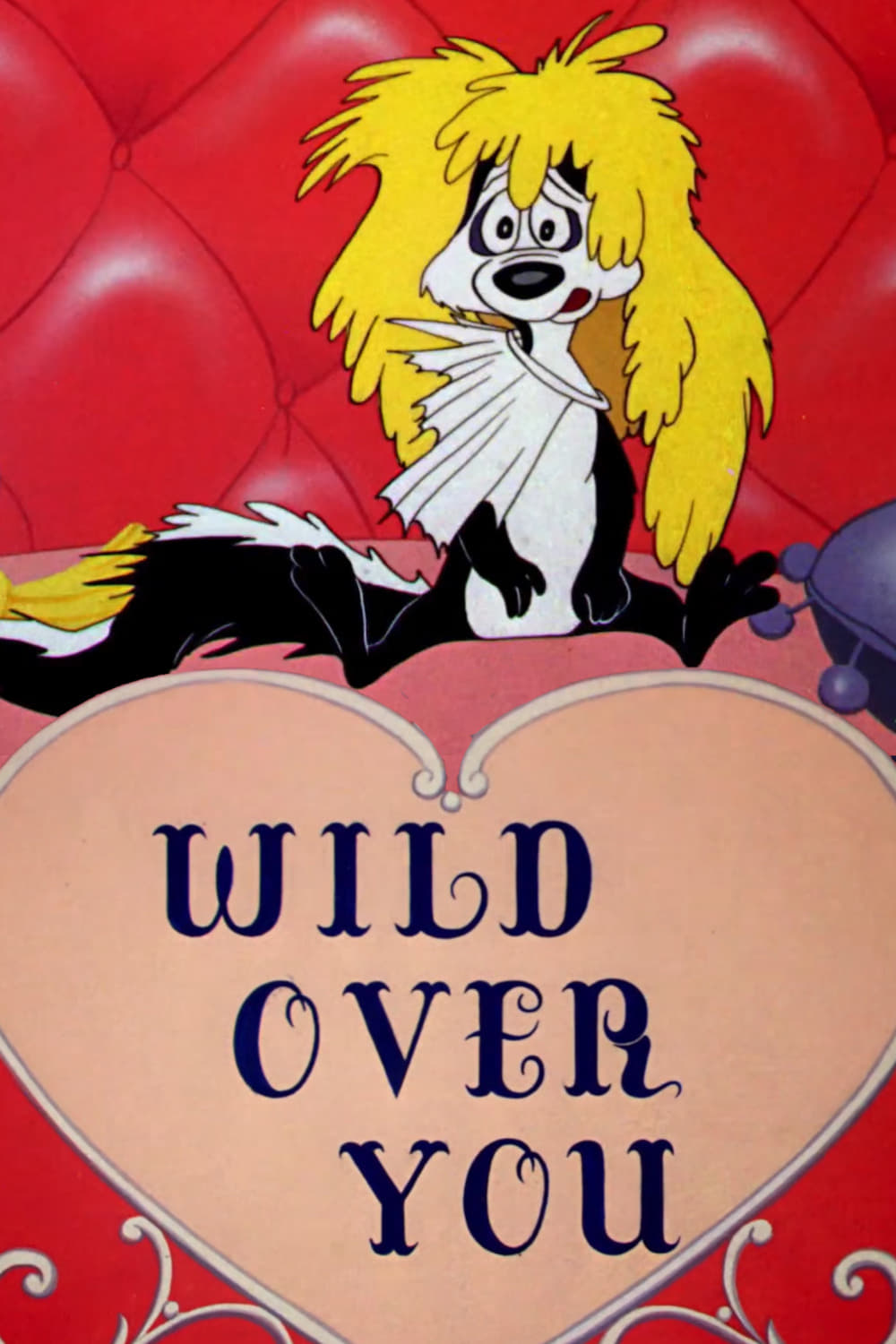 A wildcat escapes from the zoo, disguises herself as a skunk to fool her pursuers, but that only attracts love-struck Pepe, who finds he enjoys the extra spice that fangs and claws add to lovemaking.

Wild Over You is a 1953 Warner Bros. Looney Tunes short animated film directed by Chuck Jones. The short was released on July 11, 1953, and stars Pepé Le Pew.The short uses the standard formula outlined in For Scent-imental Reasons (1949), where a female black cat named Penelope Pussycat accidentally acquires a white stripe down her back, which attracts an amorous and hopelessly romantic skunk, Pepé Le Pew, whom mistakes her for another skunk. It is the first Pepé Le Pew cartoon to have Maurice Noble credited for layouts, and the first credited animation by Abe Levitow. The human characters and signage in the animation uses Franglais to signal to an American audience that the cartoon takes place in France, with the heavily accented Pepé Le Pew resembling actor Charles Boyer.