The Doctor of Stalingrad 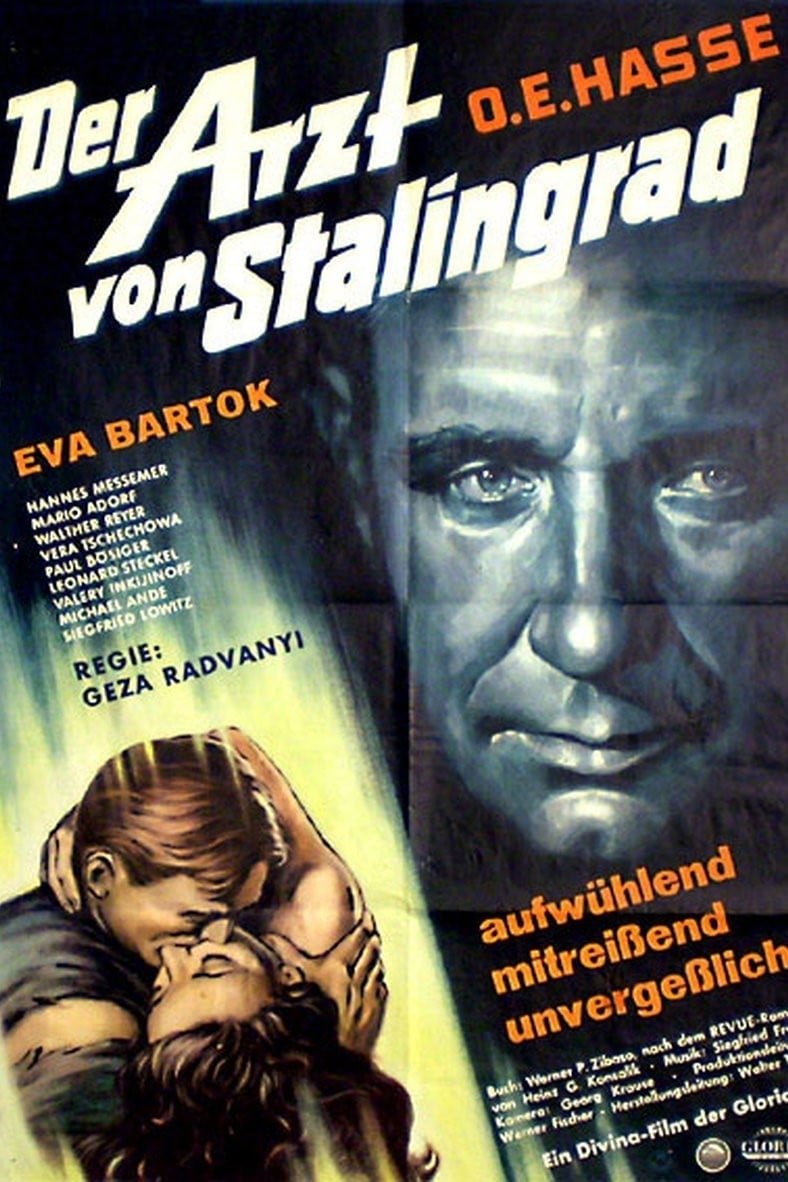 Dr. Fritz Böhler is a prisoner of war doctor in the Soviet POW camp 5110/47 near Stalingrad. Despite the harshest conditions, he tries to help his fellow prisoners with the simplest means. But when his assistant Dr. Schultheiss falls in love with the Russian doctor Alexandra Kasalinskaja, Schultheiss not only endangers his own life - because Alexandra is the lover of First Lieutenant Markow.

The Doctor of Stalingrad (German: Der Arzt von Stalingrad also known as Battle Inferno) is a 1958 German drama film directed by Géza von Radványi and starring O.E. Hasse, Eva Bartok and Hannes Messemer. It is an adaptation of the 1956 novel The Doctor of Stalingrad by Heinz G. Konsalik. The film addresses the issue of German Prisoners of War held by the Soviet Union in camps well into the 1950s. The principal character Doctor Fritz Böhler was loosely modelled on Ottmar Kohler, known as the "Angel of Stalingrad".

The film's sets were designed by the art directors Willy Schatz and Robert Stratil.